Home Tech Why you should choose the DJI Spark

Drones are one of the most fun and exciting things you can purchase. Even in 2019, some people still do not own a drone and they never flew one before. Although it’s nothing to be ashamed of, we still encourage everyone to try it.

There are many fun things that you can do with these flying thingies. Take photos, record videos, explore different places and many more! And as each day goes by, drones keep getting more and more developed and come with new features and even more affordable prices. A few years ago when drones first saw the light of the market, even the cheapest ones were a couple of hundred dollars.

Now, there are many, many different and amazing choices when it comes to drones. Like we said earlier if you’re a newcomer in the drone-world, we got you covered. Today we will talk about the best and most affordable drones on the market, its features and why you should get it! And here is why you should choose this drone specifically – it is called DJI Spark.

DJI excels at stuffing tons of different features in such small and compact drones! And the Spark is the perfect example of this. This drone is the smallest when compared to his “brothers” and yet has all the awesome features!

One of the best things about this drone is its intelligent flying modes. Rocket, Circle, Dronie, and Helix. It also has gesture recognition functions which allow you to operate the thing without using a controller or a smartphone!

Another amazing feature that you probably heard about before in more expensive drones is the obstacle avoidance system. The ability to detect and dodge objects is something that very expensive drones have, but DJI decided to build it into the Spark as well! There is nothing better and more satisfying than seeing your drone dodge obstacles without crashing into pieces. One of the things that you should be most interested in when buying a drone is the camera.

Although it’s not a 4k camera, it’s a very solid 12-megapixel one that shoots in full HD resolution (1920x1080p) at thirty frames per second. In addition to this, the Spark also has a two-axis gimbal. For those unfamiliar with the term, it’s a mechanism to help the camera stabilize and prevent all that shaky footage and jarring. Most of the drones in this price range only feature single axis stabilizing, the Spark has two! Enjoy some smooth and stable footage.

The last but not least thing that we are going to cover for the DJI Spark is its ability to stay in the air and the time it takes to recharge its batteries. The official specs of DJI about the Spark say that it can stay in the air for about sixteen minutes. However, specifications on paper versus the reality is always a bit different. When analysts tested this drone they measured fourteen minutes instead of sixteen, but that is quite amazing as well! It beats the close competitors by a few minutes.

Plus the drone comes with two batteries so that’s 28 minutes. Which is pretty awesome and more than enough to do anything you wish before landing. And the battery recharge speed is pretty fast as well. If you fully drain the Spark until the point of it having to perform an emergency landing, it will take about 40 minutes to recharge fully. And if you land it on the first battery warning, it will only take about thirty minutes to get it back up to full.

If you’re considering buying a drone, you should take the DJI Spark into consideration. One of the most amazing drones on the market and a total “Bang for the Buck”. 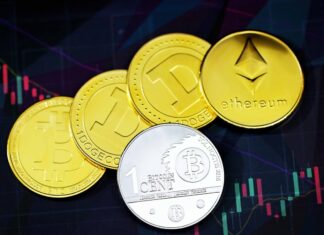