Home Health What is Tuberculosis and it`s Symptoms 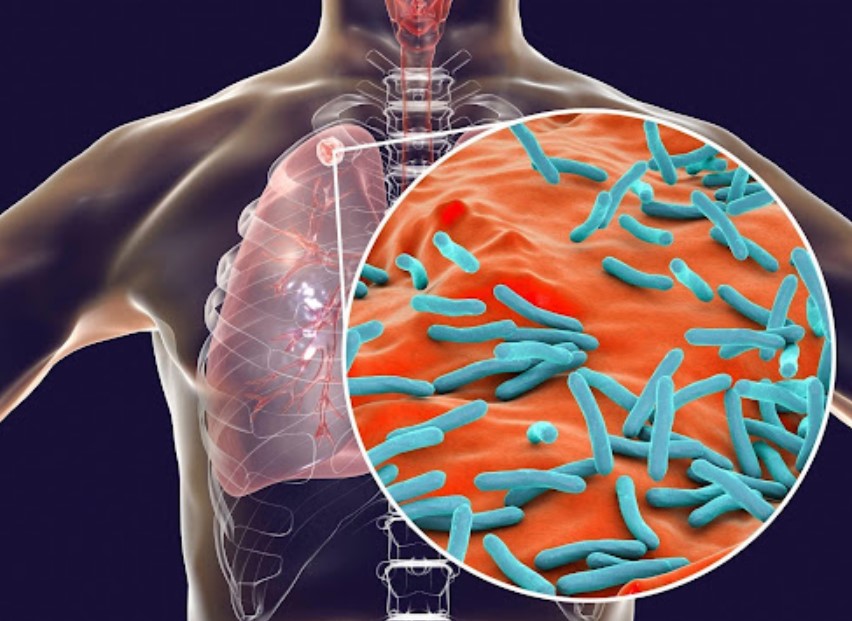 A bacterial disease that mainly affects the lungs is called tuberculosis or TB. Usually, tuberculosis spreads through the air when an infected person coughs or sneezes. People who have a weak immune system are more likely to get TB.

Few people can have the disease in their bodies and never develop symptoms. And others experience tuberculosis and can fall seriously ill.

However, most people can be cured with the right medical treatment. TB is either latent or active. Normally, it takes about 6 to 9 months to treat. But in some cases, TB needs to be treated for up to 2 years.

Tuberculosis is caused by bacteria called Mycobacterium tuberculosis. It is a contagious infection that usually attacks the lungs, additionally, it can also spread to other parts of the body, like the brain and spine. About 1/4 of the world’s population has a tuberculosis infection.

This means that people have been infected by TB but are not yet ill with the disease and cannot transmit it. About 10 million (5.6 million men, 3.2 million women, and 1.2 million children) people fell ill with TB worldwide in 2019.

Tuberculosis spreads when a person with the disease releases germs into the air via coughing, sneezing, talking, singing, or even laughing. In most cases, people who breathe in the bacteria are able to fight the bacteria and stop it from growing, this is referred to as a latent TB infection.

This infection is not easy to catch. One has to spend a long time around someone who has a lot of bacteria in their lungs. And these bacteria don’t thrive on surfaces. It cannot spread by shaking hands or by sharing their food or drink.

An infected person may not be able to fend off active TB if they have:

The infected person with latent tuberculosis will have no symptoms, and no damage will show on a chest X-ray. A blood test or a skin prick test can indicate if they have a TB infection.

Active tuberculosis is when the infected person experiences fever, a cough that produces phlegm, fatigue, and a loss of appetite and weight. This occurs weeks or years after infection with the bacteria.

As TB can also affect other organs, like the kidneys, spine, bone marrow, and brain the symptoms will vary depending on which organ is infected.

There are two common screening tests for TB:

Mantoux tuberculin skin test – During this test a technician or a healthcare provider will inject a small amount of a substance called purified protein derivative (PPD) under the skin of the forearm.

After 2 to 3 days, he/she must go back to the healthcare provider, who will look at the injection site. There will be a reddish lump if the person has a TB infection, A blood test called the interferon-gamma release assay (IGRA) – This test measures the response when TB proteins are mixed with a small amount of your blood.

If you experience any of the above symptoms of TB, then get tested for Tuberculosis with diagnostics providers like DxSaver.com.

When a person gets a positive skin or blood test, the doctor will learn which type they have with:

CT scan or a chest X-ray to look for changes in the lungs. Acid-fast bacillus (AFB) tests for TB bacteria in sputum, the mucus that comes up when you cough.

Can tuberculosis be cured?

Yes, it is 100% curable when treated with the approved four-drug combination for at least six months. Infected people may start feeling better within two to four weeks after starting treatment. But it is essential to complete the whole course of antibiotics or the disease will get worse.

When a person doesn’t complete the treatment properly or if they don’t adhere to the given treatment course, then the TB bacteria may get stronger and symptoms may resume. It is called drug-resistant TB which is more complex and harder to get rid of and it may take longer to treat. And, they will start spreading the disease again.

For latent TB, the doctor will give medication to kill the bacteria so the infection doesn’t become active. They may include isoniazid, rifapentine, or rifampin, either alone or combined. Infected people have to take the drugs for up to 9 months.

It is important to consult the doctor when a person sees any signs of active TB. A combination of medications may also treat active TB. The most common are pyrazinamide, ethambutol, isoniazid, and rifampin.

This is taken for 6 to 12 months. For drug-resistant TB, the doctor may prescribe one or more different medicines. These medicines are taken for much longer, up to 30 months. People may experience more side effects.

Getting a diagnosis & treatment early. People with active TB should avoid crowds until they are no longer contagious. Infected people should also wear a surgical mask, known as a respirator. Avoid going to work or school or sleeping in a room with other people during the first few weeks of treatment.