Hydration, to put it simply, is essential for our bodies and health. We stay hydrated by drinking fluids. This can be anything from water to Coke. But different drinks or beverages have different hydration potentials.

That’s not to say that there is a rank-list somewhere on the internet, but various studies have been done on the subject. You’d also be surprised to see some of the drinks on our list that are actually good for hydration.

Without dwelling too much on it, here is our scientifically-backed list of drinks best for hydration.

You’d be surprised to find out that a glass of milk can keep you hydrated for more than four hours. Not many people believe this, but science researches at the universities of Bangor (UK) and Stirling (Scotland) actually came to this conclusion.

As a matter of fact, the final conclusion for the study was that milk has better hydration potential than water; crazy right?

But not only this, milk is excellent for your post-workout recovery process. And, naturally, milk has more ingredients than water, which include sodium, carbs, and the most famous one, protein. All three are excellent for retaining body fluids, recovering muscle fibers, and it’s no surprise to see it on our number one spot.

Tea is greatly consumed by the British, and it’s not only because it tastes excellent.

Tea, black tea, chamomile, green, cherry, and every other flavor, is absolutely advised to drink. The hydration potential of tea was tested in the before-mentioned Universities and the conclusion was that tea has the same potential as water.

The testings were concluded based on urine samples after the beverages were consumed. Tea has the potential to keep you hydrated for just below four hours.

So, naturally, this makes tea one of the best hydration drinks. However, tea also has numerous health benefits, depending on what you’re drinking.

Also, the researchers saw no difference between drinking ice tea or hot tea; both have the same potential.

This is the one we talked about; the one you’d be surprised to see on our list.

When we drink coffee, we don’t associate it with hydration. As a matter of fact, you’ve mostly given a glass of water when your order any kind of coffee.

But research has found coffee to be an excellent hydration drink, by being able to keep you fluid-independent for more than three hours. If you also take into account that coffee is excellent for your pre-workout routine, we have yet another “winner” on our hands.

And the same as tea, neither hot nor cold coffee makes any difference to the hydration potential.

100% natural juice is the stuff of dreams. Natural juice comes as no surprise on this list, as every fruit and vegetable is almost 85% water. So, that means juice is nothing but fully organic flavored water.

But that’s very naïve. Vegetable juice is lower while fruit juice is higher in sugar. This can make the entire beverage very sugary, so it’s always advised to add a bit of water into the mix just to combat it.

But drinking anything natural is bound to keep you hydrated for hours on end. Various testing’s have been done on orange, lemon, cherry, pineapple, beet, and even strawberry juices, and the results showed promising hydration potentials.

However, as a general rule of thumb, you should always mind how much you drink and add water to dissolve some of the sugar, according to DiligentChef.

Anything made out of carbs and sodium helps your body stay hydrated for longer periods.

That’s exactly what sports drinks are made of, and keeping your fluids in check is what they’re made for.

Sports drinks are better than water in terms of hydration potential, and a dose of exactly 500 mg of sodium per drink is advised when consuming these.

Sports drinks are very popular for pre, during, and after workout sessions. Not only that, but professional athletes have great use of sports drinks during training and during the game.

Anything above the 500 mg sodium mark will cause your blood to start taking water from your body to help breakdown excess minerals.

Drinking during your training or gym sessions will boost your performance. It does this by effectively tricking your brain that you’re actually getting fueled up.

Sparkling water can also be referred to as bubbly. This is because carbon, or any other natural ingredient such as magnesium, causes bubble formation.

Sparkling water is an excellent alternative to ordinary, tap, water. However, sparkling water has numerous benefits since you’re effectively drinking something that your body has great use of.

This of magnesium for example. Magnesium sparkling water is very popular and has numerous health benefits when consumed. Sparkling water also has the same hydration potential as tap water or bottled water. But what it makes it better is also the fact that sparkling water is chlorine and calorie-free.

Drinking sparkling water can be an excellent way to give up on your soda-drinking habits.

Yeah, soda is bad, but what about diet soda?

This one is yet another that will make you question everything you’ve ever known before about soda. Yes, soda is quite high in sugar, and diet soda promises to be sugar-free.

While we know this is far from the case, actually research through study found that drinking diet soda is actually good for combating dehydration.

Other research, for contrast, says that drinking sugary beverages, such as soda, cause dehydration and is actually bad for your kidneys.

However, we should include it as diet soda can keep you hydrated for quite some time (if not excessively drank). Furthermore, it’s excellent for a pre, during, and after workout routine as it helps you gain your energy back.

Regardless of which beverage you drink, there seem to be little alternatives to water when we’re thirsty. Also, some of these beverages do a good job of keeping hydration at bay but ultimately, few can beat what water does for hydration. 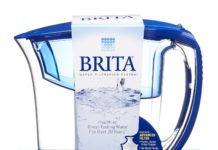 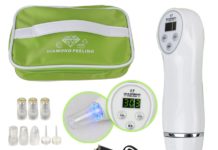