Home Entertainment TV Shows From The 2000s You Forgot You Loved

There are hundreds of TV shows that launch every year. But, if you want to watch some of the series from 10 or 20 years ago, you might have a difficult time remembering some of the titles you enjoyed seeing. Of course, we all remember “Arrested Development” and “Buffy The Vampire Slayer”, but what about the forgotten ones?

If you are interested in having a trip down memory lane, this article might be quite helpful. The text below is going to feature a list of TV shows that you might have forgotten you loved, as well as a quick guide for checking what might be wrong with your aerial. Let’s take a closer look at the list:

This series is all about an alien (played by Matt Dallas) who seems like a normal teenager, however, there is one thing that makes him different from his peers – he does not have a belly button. The series begins with him waking up in the middle of a forest and is taken in by the Trager’s who nickname him Kyle.

During the first few episodes, he learns how to speak and basically act like normal teenagers and this means that he also needs to learn how to behave around his crush Amanda. It is a nice take on the “alien who fell to Earth” plot and it lasted for 3 seasons. Late “Glee” actor Cory Monteith has a role in the drama as well.

“Everwood” is, perhaps, one of the series that are forgotten, and no matter if you saw it the first time or not, it is definitely worth seeing. Now, you might be wondering – why? Well, to put it simply, it features young Chris Pratt. This is, of course, long before the “Guardians of Galaxy” glow up that he had.

The series revolves around a neuro-surgeon Andrew Brown moving to a town called Everwood in Colorado after his wife passed away. Chris is one of the people in the small town that the doctor meets and trust me when I say, you’ll not regret playing this TV drama.

If you were a teenager back in 2005, you must have loved seeing “Wildfire”. It features various teenagers and if highlights their love for horses and romances between them. Genevieve Padalecki (who is now married to the Supernatural star Jared Padalecki) plays Kris, a teen that often gets in trouble by has a way with horses.

After she gets out of a juvenile detention center, she is given a chance to start her life again by working at a family ranch called Raintree. Once there, she develops two love interests – played by Ryan Sypek and Micah Alberti – and if you were and still are a fan of cheesy, but good teenage love stories, do not miss out on re-watching at least some episodes.

Now, this one was carefully viewed by almost all teenage girls, especially since all of them were in love with Jeremy Sumpter – who played the role of Peter Pan. This show was based on a real story about Matthew McGough, a player for the Yankees. Although it was an amazing series, CBS decided to cancel it after one season only, but, it is still worth watching.

Although it lasted for quite some time, you might have forgotten about this amazing TV series that brought so many laughs to us all. A lot of companies might have a boring and quite normal IT department, however, this incredibly funny sitcom show how fun these teams can actually be.

It showcases several technicians working at Reynholm Industries who are all trying to keep all the tech working and functioning properly. The actor includes Chris O’Dowd how is famous for his various roles including ones in “The Clinic” and “Girls” which are also great 2000’s shows that you should watch.

This is perhaps a cult British TV drama that people might have completely forgotten about as time passed by. There was also a US version of the show back in 2011, but, nothing can beat the original. By watching it again, you might see some familiar faces from Game of Thrones including Joe Dempise who played Gendry, as well as Hannah Murray who played Gilly. The drama is famous for being a compelling story about coming-of-age as it follows a group of friends in England.

A Quick Guide For Checking Your Aerial

Now, if you are having problems with the signal on your TV, there are a few things that you can try doing, including:

As you can see, there is a wide range of 2000’s TV shows that you might have completely forgotten about. The ones mentioned in the article above are only some of the hundreds that all individuals loved back in the day, which means that you should do a bit more digging about the shows you used to watch as a teenager.

And, since the COVID-19 global outbreak caused almost all people to practice social distancing measures, you can finally have enough time to enjoy these TV shows. So, now that you know how to check your TV aerial, as well as what series you can watch again, do not waste any more time. Instead, opt for a show, grab some popcorn, and watch a show that you absolutely adored back in the day. 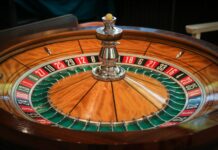 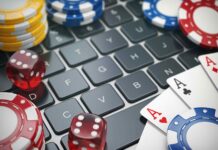 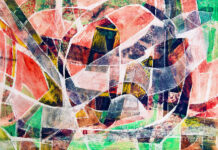 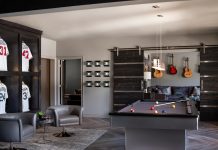 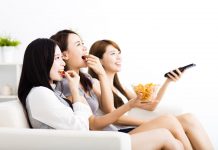 4 Most Favorite Movie Genres for Females 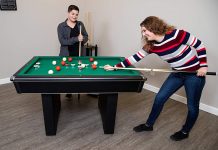