Research shows that children spend most of their free time online. Most can’t even imagine their daily routine without their smartphone or tablet screen, yet, given the fact that a large number of parents spend their time in the same way, we can’t blame them. We could say that playing sports on the street, hanging out with peers, and enjoying various games on the grass is a long-forgotten thing. Today, children’s entertainment is taking on a new, virtual form that’s accepted both by parents who find less and less time to dedicate to their kids, and children who accept online games and social networks as the perfect form of fun. However, the internet is also a major source of danger. To be able to properly protect their little ones, parents must be aware of all the threats lurking online.

It may be too late now to ban the youngest members of the family from accessing social networks, but it’s not too late to limit their use and point out the dangers they may face. One of the ways to make sure that they’re safe is through applications such as phonetracker. By installing such an application on their phones – with or without their knowledge – you’ll be positive about their safety at any time and able to locate them with no fuss. It’s not wrong to decide to let them know about the app, as this will let them know that you trust them, but that you want to help them if they ever need it.

Here are some of the most common threats that kids face on the Internet.

Cyber ​​violence is very common and anyone can become a victim. The biggest problem are the psychological and emotional consequences it can leave on the mental development of the kid. That’s why parents must know what is happening in their lives so that they can react to the first signs of violence in time and find a way to help them.

Cyberbullying involves the misuse of the Internet and other virtual means for mental violence, harassment, and threats. The ultimate goal is often to embarrass somebody and all this results in a bad mental state and the inability of minors to cope with such situations.

The best advice you can give to your children is simply not to get in touch with strangers, as well as not to respond to their messages. Once they cross the line and send the first response, they have already taken a step forward to become victims. Of course, they aren’t experienced enough to be able to assess other people’s intentions.

The main goal of cyber predators is, in most cases, sexual harassment. In fact, trying to present themselves as someone they are not, they schedule live meetings to abuse their naivety. These are people with serious mental disorders and a lack of rationality, who spend a lot of time on social networks and other platforms looking for potential victims and stalking them. The point is to communicate with children daily and try to point out the things they should avoid to them.

Nowadays, when the internet is full of various types of contents, it’s very difficult to prevent kids from seeing some of them during all-day surfing. While some will search for such content on the advice of peers or out of pure curiosity, others will accidentally find themselves on the wrong website. And that isn’t impossible. A single click on the ad in the corner of the screen will be enough for them to bump into a page that isn’t intended for them.

There’s no doubt that this can lead them to the wrong direction and affect them badly. So it wouldn’t be bad to occasionally ‘peek’ into their daily activity on the internet. You can do this through the already well-known “history” option or some other available means such as control applications that have the option to block inappropriate sites and content, which children shouldn’t have access to.

Another attempt by cybercriminals to abuse children’s naivety is through various types of online scams. These are serious profiles of offenders who know the easiest way to achieve their malicious goals. Stereotypes that adults  find themselves in such situations more often should be broken.

The main channels of such scams are emails and messages through which the sender announces that you have won a large cash prize – with the obligatory condition that you have to pay a certain amount of cash before that. Also, retail websites with various items that are sold drastically below the current market price might seem as a perfect chance to get some stuff almost for free, but there’s a lot going on behind all that. Don’t forget to point this out to the kids and tell them not to order anything online without your permission.

Several types of malware are also used to abuse the daily presence of children on the Internet. This includes various types of viruses and other online programs through which hackers can access other people’s computers with just a single wrong click.

Such software ranges from those that are less dangerous and easier to remove to those that can seriously compromise your privacy and security. And who’ll fall into the trap most easily? We think you know the answer to that question. Your devices, data, and money you have on your credit cards can easily become available to hackers. Talk to your kids and don’t let them become easy targets.

The most important step is to control the content and websites that children access daily. Since it can easily happen that they click on something wrong or accidentally download content that isn’t intended for them, it would be good to direct them where there’s the least risk of encountering this.

After all, it’s important not to forget your role in all this because you are a parent. You are solely responsible for the excessive use of the Internet and smartphones by kids. Therefore, find a way to keep it to a minimum, and direct them towards hanging out with their peers outdoors. This will reduce the risk of them becoming victims of cyberbullying and provide them with a better and safer childhood. 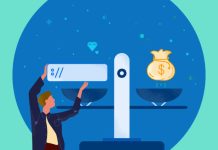 Determining the Value of Your Domain and Understanding When to Sell 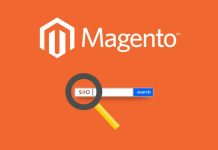 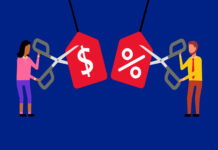