Home Sport The Coolest NBA Sneakers Of All Time Part 2

We already wrote about the coolest NBA sneakers of all time in the past. In that article, we covered only 20 sneakers. Meanwhile we thought about all the great sneakers that we forgot to mention in that article, so, we decided to give you 30 more sneakers that made history of the NBA great and interesting. Basketball lovers, this one is for you. Enjoy!

Appeared in 1995, these Spalding brand shoes were made famous by Hakeem “The Dream” Olajuwon, the legendary center of the Houston Rockets. They came in black, white and red colorways.

It was the year 2000 when Vince Carter, one of the best dunkers of all time, introduced these kicks. Nike is the brand, and black, silver and lapis colors were available.

Appropriately named due to the love for the fundamentals of the game of Tim Duncan, arguably the best power forward ever and a San Antonio Spurs legend, these shoes appeared in 2010. Colors were black, running white and metallic silver.

In recent years, Jordan has signed many current All-Stars, one of them being Carmelo Anthony. These shoes appeared in 2014 and came in dark powder blue and team orange colors.

Before his unreal $190 million, 14-year deal with the company in February 2012, the youngest MVP in the league received $1 million per season from Adidas. These shoes appeared in 2010 and were a hit. They came in black, red, and white, traditional Chicago Bulls colors.

Baring the player’s nickname “The Answer”, these Reebok basketball shoes appeared in 2000 in black and white colors. Allen Iverson made them famous, as they had his signature I3 logo on the side.

Adidas introduced these kicks all the way back in 1971 especially for the man who perfected the “Sky Hook”, Kareem Abdul-Jabbar. They came in two colors, blue and white.

One of the newest shoes on the list, the Under Armour shoes were made famous thanks to the MVP season of Stephen Curry, perhaps the best 3p shooter ever. He wore them in Team Royal and Midnight Navy colors on the way to the best ever record by a team, 73-9.

Before his own shoe line appeared, Kobe “The Black Mamba” Bryant sported these sneakers in 2004. They came in navy blue and white, and were made by Nike.

Jordan has tons of famous shoes. These retro 12s came in 2016, in black, white and metallic gold. The man himself made their first incarnations famous of course.

The year was 1992 when Larry Johnson introduced the colorful kicks by Converse. They look great in any era of basketball, as they come multi colored, as well as black and white.

These are one of the most famous sneakers ever released. Their first edition came with the movie of the same name, where the Looney Toons play basketball with Jordan against the Monstars, a team of aliens who stole talent from several NBA players. They come in the iconic concord white and black color.

The man of many nicknames, Shaquille O’Neal is the most dominant center to ever play the game. During his Orlando Magic years, he wore the sneakers made by Reebok, and these came in white, azure steel and black, reminiscent of the team’s colors.

The iconic AIR logo on the sides is what made these sneakers so popular, both on and off the court. Made of course by Nike, Scottie Pippen, Jordan’s trusty sidekick made them famous in 1996. They came in black and white.

One more pair worn and made famous by Allen Iverson. These appeared in 1997, and were also made by Reebok. They sported black, white, metallic gold and red colors. The I3 was also present on the side.

Made for his 1997 rookie season in the NBA, these shoes were worn by the great Kobe Bryant. He trusted Adidas with his shoes before the deal with Nike came. They were black and white, with subtle team colors of Lakers Purple and Gold.

Anfernee “Penny” Hardaway, the All-Star tall point guard of the Orlando Magic, wore these sneakers starting in 1995. Nike made them in black, royal blue and white colors.

By 1997, Jordan had already worn 12 different shoes bearing his name. The 13s were no less iconic than the previous. They came in black and varsity red colorways, and were of course made by Nike’s off brand.

One of the past true point guards of the game, the All-Star Jason Kidd made these sneakers famous in 1997. Nike was the manufacturer, and they came in black, white and royal blue.

In 2002, Tracy McGrady, the All-Star guard/forward then playing for Orlando Magic made these sneakers great. They sported team colors of white, black and royal blue.

Walt “Clyde” Frazier picked the nickname because he wore a similar hat like Warren Beatty while he played Clyde in the 1967 movie “Bonnie and Clyde”. His kicks carried the name and were made by Puma in royal blue and white. For today’s standards, they are quite low as a basketball shoe, but that did not stop him.

One of the greatest Jordan models ever, the 4s have a wide array of colorways. The Fire Reds are among the best, and Jordan introduced them in 1989. They are very expensive today, and are a treasure piece in many collections.

Kevin Garnett, nicknamed “The Big Ticket”, is one of the best power forwards in the league. An NBA champion, MVP and a constant All-Star, he wore these Nike shoes in 1999. They were white, black and blue in color.

Charles Barkley was a dominant physical player in his time. The current NBA analyzer and talk show host, the wore these black, white and purple Nikes during his Phoenix Suns years.

The first official Kobe shoes on our list, these were made famous by the Mamba in 2010. Nike was the name behind the brand, and the kicks came in metallic silver and black ice.

Carrying the nickname of their owner, these black, red and white Nikes appeared in 1998. Gary Payton wore them, as they were inspired by the nicknamed he earned for his great defensive play.

The most dominant player of this generation as well as arguably the best ever, LeBron “The King” James wore many shoes throughout his career. These Nikes were on his feet in 2009, and they sported ream red, black and metallic silver colors.

What is the last thing you see when Shaq hypnotizes you with his strong physical play? Ask one of the poor players who had to guard him, but we imagine something like the design of this shoe. Debuting in 1992, these Reebok black and white shoes are an iconic piece of basketball apparel.

Part of Derrick Rose’s huge deal with Adidas, these beautiful sneakers came out in 2014. They sported clear grey, light scarlet and dark onyx colors and were extremely popular when they came out. His iconic logo with a D stylized in a rose is present throughout the design. 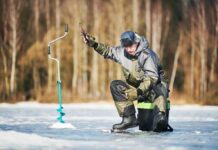 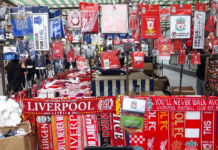 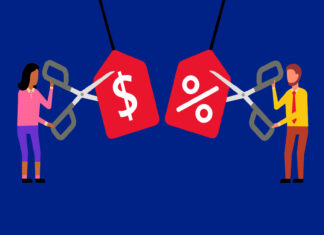