Tiny homes aren’t just small houses, they are very little, teeny weeny places were people live. Many are mobile homes on wheels, which means that they need to comply with the rules of the road in terms of size, at least while they are being transported.

While the concept of tiny for some will simply meet the dictionary definition, “very small,” the Tiny Home Movement has developed to such an extent that the International Residential Code (IRC) now has an appendix that provides non-mandatory standards and regulations for tiny homes.

Additionally, in spite of predictions that the Movement was just a wildly impractical fad, research indicates that the tiny home market is going to grow at a compound annual growth rate (CAGR) of close to 7% from 2018 to 2022.

Adopted into the 2018 IRC building code, Appendix Q specifies standards for tiny houses constructed or established on a foundation that is no more than 400 square feet in size. In reality, it could be as small as 100 square feet, possibly even smaller.

While the Code as a whole provides minimum specifications and regulations for one- and two-family homes no higher than three stories, Appendix Q relaxes some requirements for “tiny homes” that are used as single-dwelling units. General provisions related to building, mechanical, plumbing, fuel, energy, gas, and electrical requirements, while those more specific to small houses pay particular attention to features like:

The IRC Code, which is amended every three years, is in use in 49 U.S. states – all except Wisconsin, which, ironically is one of five states with a particularly high density of tiny house builders. It has also been adopted in Puerto Rico, Guam, the District of Columbia, and the U.S. Virgin Islands. However, because it is a model code, different states have amended it to fit in with local laws and practices.

Along with Wisconsin, California, Colorado, Florida, and Texas also have many small housebuilders. They, along with other states have adopted Appendix Q to a greater or lesser degree. For instance, according to a detailed analysis by the Tiny Home Industry Association:

The first update of Appendix Q will be released in 2021, possibly before some states have even adopted the existing version.

Predictions of Growth for the Tiny Homes Market

Research conducted by Technavia that was published in a public report in June 2018 indicates that the tiny homes market will grow to nearly US$ 5.18 billion by 2022.

The report analyzes the various small home products, specifically mobile and stationary tiny houses, as well where they are found, in the Americas where most tiny homes are found, as well as in Asia Pacific countries (APAC), and in Europe, the Middle East and Africa (EMEA).

According to the report, the high cost of conventional site-built houses is a key factor in the growing demand for small houses. In essence, the prices of conventional homes are increasing much more quickly than the income levels of customers, encouraging them to opt for more affordable tiny homes.

Another key trend it highlighted was the growth in retirement home parks and estates. Their research found that globally people over the age of 50 and retired folk made up the majority of small house dwellers. Apart from anything else, tiny home parks catering for senior citizens are normally secure, well-maintained, and they offer a quiet, desirable lifestyle for many.

A look at the general characteristics and costs of new housing in the U.S. speaks volumes.

But because they are so much smaller and cheaper and easier to run and maintain, the savings on tiny houses are immense.

The median size of completed single-family houses in 2018 was 2,386 square feet. The median size of multifamily units was less, ranging from 1,081 to 1,414 square feet respectively, depending on whether they were intended for rental or for resale. Just less than half of them (about 43%) had only one bedroom and most were conventional apartments.

With these parameters, it seems obvious that tiny houses were not included in the statistics. One of the reasons may be that a large percentage of tiny houses are found in trailer parks rather than individual lots. But one thing that is sure, demand for tiny homes is only going to grow. 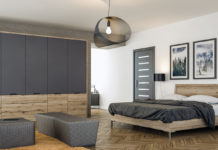 Top Reasons Why You Should Invest in a Bespoke Bedroom 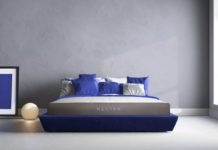 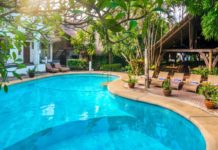 Pool Equipment You Need To Have