Home Tech Profiles of the Different Kinds of CMM Machines

The coordinate measuring machine (CMM) is one of the unsung heroes of North American manufacturing; when globalization threatened its economic viability with competition from markets benefitting from cheaper labor and fewer regulations, automation helped make the manufacturing industry competitive once again.

They are an important tool in automating production lines. This equipment can measure the geometrical characteristics of an object via a human operator or by running a computer program.  They have a probe on their third moving axis, which scans the part or object and compares this result against its blueprint. If there is any difference between this blueprint and what was actually scanned, the machine knows the part is flawed.

This is what makes them so suitable for performing quality control on production lines around the continent. Here is some basic information about the different kinds of CMM machines available on the market.

They are well loved for their toughness, durability, and precision. The arm is able to move around the part or product being scanned, and measure the dimensions of all sides. Because of its integrated scanning system, inspection is permitted right on the shop floor. Using a white light or laser system, it manages to collect thousands of data points per second. To learn more, you can click here to read about some of the new software features inside CMM machines.

Bridge CMMs have been the mainstay of coordinate metrology since the 1970s, and even today they remain the most popular machine.

They are used by many industries because they can handle such a wide range of part sizes. The combination of precision and reliability offered at such a compelling price point is what makes the Bridge CMM so ubiquitous in North American factories.

When a part or object is too small or delicate to be scanned with the tactile probe or by physical contact at all, they need to be scanned using a Vision and Multisensor System.

Gantry CMM machines are just like Bridge CMMs, only they can handle much bigger parts. They are commonly used by the aerospace and automotive industries, where the production lines produce parts that need to be ultra-precise but are also much larger. They are often used in the building of parts for cars, planes, and even spaceships.

The Gantry’s open access to the measuring volume makes it easy to load parts by lift truck or crane. These durable machines require little maintenance: the guideways and drive systems are far enough away from dirt or other contaminants.

The nature of what your factory produces will largely determine what kind of machine you need, but there are many models available within each broad category. If your factory is looking to automate aspects of its production line, speak to a specialist to learn more about these rugged and impressive machines before you make your purchase. 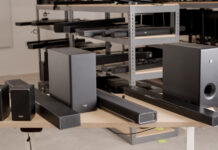 How to Create a Successful Health and Wellness Blog in 2020 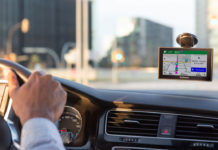 9 Most Reliable Car GPS Navigator for 2020

Vehicles that have attracted the most attention on CES 2020 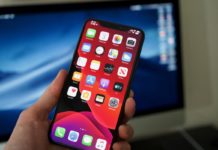