Home Lifestyle What Is a Product Liability Lawsuit? – 2022 Guide

Product liability lawsuits are a broad topic, and if you feel that you have a case because of a defective appliance, car, electronic, or something else, what should you know?

According to Philadelphia personal injury law firm Zavodnick, Zavodnick & Lasky, product liability is a term that refers to a situation when companies are responsible for harm and injuries caused by products sold, designed, or manufactured.

Most products, according to the law firm, aren’t required to go through rigorous state oversight, but it’s up to companies to make sure they’re selling safe items.

In Pennsylvania, just as an example, a product liability lawsuit can be based on either strict liability or negligence.

Negligence means that you had a product, such as an electronic, for example, and you were harmed because the company didn’t take the necessary care in developing, constructing, or selling that product. With strict liability, companies have to pay damages regardless of how much care or caution they used in creating or selling the product.

Beyond cases specific to Pennsylvania, the following are some things to know about product liability lawsuits.

Who Can Be Held Responsible?

In product liability cases, where a defective product injures a consumer, the manufacturer can typically be held liable, but it can also go down the entire distribution chain.

For example, distributors, wholesalers, and retailers may be legally responsible if they sell or distribute a product that causes an injury.

There are two primary types of product liability claims.

As the name implies, a design defect means there’s an issue in how a product is made that makes that product inherently unsafe. A manufacturing defect means that there’s nothing wrong with the design of the item, but if something happens during assembly or manufacturing, it might then be unsafe.

In some cases, with product liability cases, even a bystander may have a legal case, even if they weren’t the person directly using the defective item.

Beyond defective design and manufacturing, in some cases, a plaintiff might make a case of problems in marketing.

For example, the issue might be that a product didn’t come with appropriate and adequate safety warnings or instructions, or perhaps something wasn’t properly labeled.

What’s the Legal Basis for Liability in the Cases?

There are differences depending on the state where you live and how liability is determined, but it goes back in most cases to what was mentioned above, which is the tort of negligence.

There have been a number of major product liability cases in the U.S. over the years.

One example was the case of General Motors (GM) in 2014. It was found that several GM car models were manufactured with ignition switches that didn’t work properly, and they could ultimately turn off the engine while someone was driving, disable the power brakes and steering and prevent the inflation of airbags.

In 2002, the Philip Morris tobacco company, which is now known as Altria Group Inc., faced a lawsuit by a woman who was diagnosed with lung cancer.

In the woman’s claim, she said that smoking cigarettes caused her to become ill and the tobacco company didn’t warn her adequately of the risks of smoking. The Philip Morris company had to pay $28 billion in damages and $850,000 in compensatory damages.

The tobacco company appealed, and after nine years that amount was reduced to $28 million.

Prescription drugs are often the center of these product liability lawsuits too.

For example, in 2016, a Pennsylvania jury awarded $70 million to a teen boy who developed female breasts when he was taking Risperdal. Risperdal is a Johnson & Johnson antipsychotic drug.

The Risperdal case made national news. The plaintiff claimed he developed a condition called gynecomastia after starting Risperdal in 2003 when he was nine. It was prescribed to treat symptoms of autism.

The lawsuit said the Johnson & Johnson company didn’t warn doctors of the potential side effects when they were marketing it to children.

Finally, Johnson & Johnson is also part of the lawsuits arising due to the opioid crisis.

For example, a judge in Oklahoma found the company liable for its part in the opioid crisis. The judgment was initially $572 million in damages, but it was reduced to $465 million.

Dozens of states have brought lawsuits against the Johnson & Johnson company relating to opioids in the past few years. 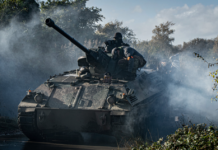