Home Garden What Are the 4 Most Popular Flowers in the World?

In this article we highlight the 4 most popular flowers in the world. These flowers are planted and sold all over the world. We describe the characters of the flowers, the origin and how to care for the flowers. Here we go!

This fast grower is common in the Netherlands. In bloom, the acacia displays white clusters of fragrant flowers.

The acacia robinia is a fast-growing tree that you often encounter in the Dutch streets. You can immediately recognize the tree by its trunk. It has a strong and deeply furrowed bark. The leaves, composed as in the true acacia, are odd-pinnate with many oval leaflets with smooth edges. The twigs and young branches have axillary leaf thorns, which are actually the stipules of the leaves. The flowers are white and fragrant, strongly reminiscent of Lathyrus, they hang from the tree in large, fragrant racemes. The fruits are 5 to 10 centimeters long pods that turn dark gray-brown as they ripen. They often remain on the tree until late winter. They contain small, hard seeds.

Where does the acacia come from?

The acacia is native to North America. It has been introduced in Europe since 1600 and can now also be found in Dutch deciduous forests.

The robinia is an exotic species and has an enormous germination capacity, but this depends on the climate. New trees emerge from the roots at lightning speed. Due to the rapid emergence of new trees, the tree is seen as invasive in the wild and controlled.

The carnation is a striking flower and comes in countless bright colors. The flower has a long shelf life and a light fragrance. You can style endlessly with this flower, loose in a vase or in a bouquet: everything is possible!

Symbolic meaning of the Carnation

The carnation has numerous symbolic meanings that vary by color:

Since 2004, this white flower has also been permanently associated with veterans and the Dutch Veterans Day, as a symbol of resistance, and for respect and appreciation for veterans.

Carnations are perennial or occasionally annual herbaceous plants with long, narrow leaves. They are gray-green or blue-green in color. In the wild, the flowers are bright purple-pink in color, but cultivated they can now also be found in red, white, yellow, salmon, green and various two-tone varieties. The plant is found throughout Europe and Asia and flowers in May and June. They are mainly grown in France.

The Asiatic lily, the lilium, is the most common lily in the Netherlands. Although the name suggests otherwise, this lily grows not only in Asia, but also in Europe and America.

Grown as a cut flower and as a pot plant, the large, trumpet-shaped flowers come in a variety of colorways, both monochromatic and multi-colored. Well-known varieties are the white, red and Turkish lily.

If one flower has a meaning, it is the lily. The lily is literally full of symbolism; she represents amiability, purity, love, fertility, femininity, unity and impermanence, all in one flower.

Plant in spring or autumn

Plant the bulbs about 10 to 15 cm deep. The distance you have to keep between the bulbs depends on the bulb size. This is usually between 20 and 40 cm. Provide soil that is well-draining and give the bulbs plenty of water, but don’t overdo it.

At the end of the blooming season, you can remove the dead flowers and seed pods. Let the leaves die and then remove them. The longer the bulbs are in a permanent place, the more beautiful and impressive the root ball will grow. We recommend transplanting the bulbs every three to four years to keep them healthy.

How do you care for the lily?

The lilium is hardy and not a demanding plant. The flowers like a lot of sunlight, but the leaves prefer shade. You can combine both well with a spot in partial shade. It is important that the roots of the plant are cool. You can achieve this with a thick layer of mulch. Mulch is organic material such as tree bark, which you can use to cover the soil around the plant.

Besides the rose, the sunflower is one of the best-known flower species. With its long stems and huge yellow flowers, it is unmistakable.

The sunflower is also an incredibly smart flower. The flower knows exactly where the sun is; to that side the flower turns its ‘face’. Take a good look when you see those beautiful yellow sunflower fields in France; most sunflowers look the same way!

The sunflower originates from Central and South America. Native Americans ate the seeds of this flower (which are still very popular as a snack), along with beans, corn and pumpkins. Only when the Middle Ages came to an end did the sunflower come to Europe with Swedish and Spanish conquerors. In Sweden you can now buy sunflowers online at Bloompost.se, for example.

The scientific name of the sunflower is Helianthus annuus, which is a compound name of the words helios and anthos. Helios means sun and anthos means flower.

For many people, the sunflower symbolizes summer. Not surprising, of course: nothing is as nice as putting a large vase with long-stemmed sunflowers on the table; then the sun will immediately shine in the house! You often see the flower in summer bouquets.

The official symbolism of the sunflower is sun and love. The meanings of the sunflower all have a link with ‘warm feelings’, namely: involvement, happiness, devotion or adoration, admiration and longevity. A beautiful flower gift, that sunflower! 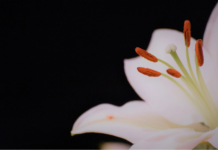 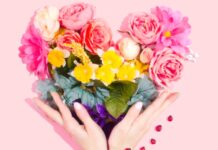 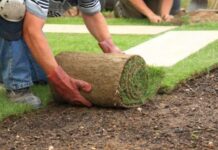 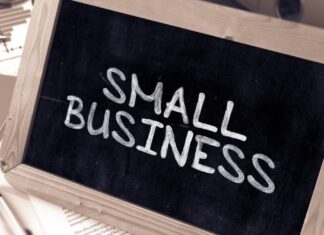