Voice-over is a specific production technique where the voice is recorded in advance in the studio, later goes through a very important post-production phase. Finally packed at the end, that voice is broadcast on the radio or online. It can also very often be precisely synchronized with the image, edited with video, and as such is broadcast on television or online. Voice over should not be confused with what a radio host does when he enters a program live or with a speaker who reads news on live television.

For example, voice over is used by documentaries, TV reports as a voice from off. Then the announcement of the show on TV, the voice we hear in commercials, the voice of the narrator on the film or video course. It is a voice recorded in a studio, often produced with music, sounds, or without music. Voice over must hold our attention at all times. That is why it is important for any presentation or campaign because it leaves a strong impression on listeners or viewers. Voice over is read written according to a predetermined script.

You need to know that recording voice-over is very demanding. It seems easy, but it’s not like that at all. It means first of all talent, a lot of exercises and experiences, and only then a voice. This does not mean that it is enough to have just a pleasant voice. In fact, voice is not at the top of the list of all the attributes you need to survive as a voice talent or Voice Over Artist. In short, voice control is important breathing first and foremost. You need to be able to take communication to a much higher level than reading text from paper. Whatever text you read, you have to be absolutely in it. In time, you will become aware that every concept you need to deliver must be absolutely convincing, the listener must believe in what you are saying. That’s why it takes a lot of practice and a lot of experience. In the end, you will be more relaxed and natural.

As in the world of acting, music, and other arts, there are also voiceover artists who have gained great popularity in their circles and are worth mentioning. Well, let’s try to single out the best of the best.

Star Wars is a series that has not bypassed any generation since its inception in the 70s. Even those who are not fans of science fiction have watched at least one episode and are familiar with some of the main characters. If Anthony Daniels name means nothing to you, does C-3PO mean anything to you? Yes, it was he who lent his voice to the most famous robot!

A man we don’t have to represent because he has a very successful acting career behind him. Still, his role as the actor’s voiceover is no less than that in front of small screens, as he gave the voice of Mufasa to The Lion King, as well as Darth Vader in Star Wars. Of course, these are not his only roles, but they are certainly the ones that stood out.

This voice is known to a wide audience and could be heard every time you call someone, and on the other hand, there is no answer.

Another voice you could first hear 22 years ago as a catchphrase for AOL. Even after so many years, the voice remained recognizable.

The actor, who gained world fame, also tried his hand as a narrator, and it turned out that this was a job he could do. In addition to being a well-known actor and film director, you can hear his voice on Netflix’s announcement for Dave Chapelle’s new special called Sticks & Stones. Besides, he was chosen as the narrator in the documentary March of the Penguins.

We’ve all heard of the cartoon Sponge Bob Squarepants, and the cartoon star, Sponge Bob, as well as his pet Gary, got a voice from this talented actor behind which are many other roles such as the Ice King in AdventureTime, Spyro from Spyro and Dragon, and many others.

What are the duties of a voice actor?

To find a great voice-over actor is not an easy task, but voix off master can help you with that. The voice actor can act in many roles, including giving narratives in commercials or playing characters in animated films or video games, narrating documentaries, generating podcasts, audiobooks, and more. Furthermore, they make an important contribution to many films, television productions, and commercials in the United States and beyond.

Most of the work is done in the sound studio, with the actor reading the lines in the recording booth while the sound engineer inspects from the control room. Voice actors are self-employed and usually have a busy work schedule. They often experience times when there is a lot of work available, as well as times when they have few projects. Good voice actors can speak in multiple tones of voice and with different accents. The ability to speak and speak pleasantly is a vital skill. Unlike stage, television, and film actors, voice actors don’t usually get scripts in advance to allow them to rehearse and remember their traits. Given the lack of rehearsal time, you need to be able to read from scripts in a normal, conversational way.

While it may sometimes seem like wasting money and time to hire a voice-over artist, know that a large number of commercials, radio shows, animated and cartoons have gained a lot of fame and become recognizable for just that reason. Therefore, if you plan to hire a voice-over artist, do not save money, but think about the quality and look at it as a smart investment.

Obsessed With Poker Much? So are These Celebs – 2022 Guide 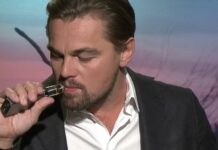 Star Vapers: The Most Famous Celebs That Switched to Vaping – 2022 Guide