What does Elon Musk do for fun apart from developing spaceships and hyperloop networks and running a self-driving car company? He dabbles in digital currency. Every time the flamboyant billionaire has said something about cryptocurrency, it has caused market chaos.

It is primarily due to the fact that he owns two industrial behemoths with the ability to accept cryptocurrency payments. It’s also because of his social media clout and the exaggerated effect of public opinion on bitcoin prices.

Who is Elon Musk?

Elon Musk is an American entrepreneur and businessman who founded X.com in 1999 (which later became PayPal), SpaceX in 2002, and Tesla Motors in 2003. He was born in South Africa. When Musk sold his start-up company, Zip2, to a division of Compaq Computers in his late twenties, he became a multimillionaire.

Musk has welcomed the cryptocurrency community with open arms, establishing himself as the world’s most well-known Dogecoin supporter and temporarily increasing Bitcoin’s prospects. Because of his broad reach, which includes 57 million Twitter followers, Musk has become the face of the market’s ups and downs.

If you want to trade cryptocurrency, visit this go URL.

Impact of Tesla And SpaceX on Crypto Market

Tesla and SpaceX are two of the most well-known companies on the planet. Tesla is a Fortune 500 corporation with a market capitalization of more than $600 billion, while SpaceX is the most successful rocket company in the private sector.

Long value chains exist in the automotive industry. Tesla uses primary metals and high-end composites, as well as hardened windshield glass, leather, and other materials in its cars. Sensors, specialized chips, cameras, dashboard instruments, and other complex electronics are all part of the autos.

Due to its onboard computer that can control the car, Tesla has even more hardware than typical vehicles. It enlists the help of the software sector to develop the AI algorithms that would power the car. It also generates cash for marketers, advertisers, and the financial services business.

Like other electric vehicle manufacturers, Tesla is developing battery and charging technology and establishing charging stations throughout the country. There’s also the maintenance and servicing business to consider. The value chain of SpaceX spans a wide range of industries, from primary metals to high-end computer gear and software.

It produces a positive ripple effect when a Tesla or Space-X deals in cryptocurrency. Crypto is unavoidably traded with suppliers and service providers as well. The decision by Tesla to no longer accept bitcoin will have a detrimental impact.

Elon Musk and His Tweets

Elon Musk is the only person with the clout to influence markets with a single tweet. Every time the celebrity CEO, who has over 57 million Twitter followers, tweets on cryptocurrencies, the ‘practically’ shakes the market. In fewer than 280 characters, the billionaire has pushed the price of bitcoin and Dogecoin up and down.

His remarks also raise questions about the stability of a market that is so volatile, especially as more and more ordinary investors flock to cryptocurrencies. Few people in the world have Musk’s ability to engage and connect with an audience that values his perspectives on future technology and societal changes.

There are obviously celebrities with a more extensive social media following, but none of them command the same level of attention. Unlike most other well-known social media stars, Musk is not consulted for his opinions on fashion, music, or sports.

What has Musk said that had generated crypto-volatility, aside from his actions? When he stated nice things about Dogecoin, he raised the price and dubbed it a “People’s Currency.” Then, when he referred to Dogecoin as a “hustle,” he caused a 35% drop. His comments about Tesla avoiding bitcoin sparked a massive sell-off.

That takes us to social media’s power. Musk has almost 57 million followers on Twitter. Every tweet is scrutinized in minute detail. Hordes of admirers will troll anyone who criticizes Musk.

When it comes to bitcoin valuations, the combination of all those loyal followers plus a hair-trigger from Twitter presents an explosive effect. Rumors impacting mood can affect any financial asset, and because such assets have no intrinsic value, crypto money is particularly vulnerable.

Elon Musk is the puppeteer, and cryptocurrencies are his puppets, it has been evident in recent months. While it may not be on purpose, investors must accept that one guy controls a portion of the future of their cryptocurrency investment. It’s worth noting that Elon Musk’s tweets aren’t just about Bitcoin.

Despite Musk’s tumultuous public image, the crypto community still has a lot of love for him. It is nowhere more evident than in the dogecoin community. The Tesla CEO wielded some power over Dogecoin, which led to a considerable push in its price. In May, he tweeted about collaborating with the creators of Dogecoin, the joke cryptocurrency, which caused its price to skyrocket by 30%.

The entrepreneur also revealed that his other firm, SpaceX, will begin accepting Dogecoin as payment in a tweet. This, unsurprisingly, caused Dogecoin’s price to surge. He also called himself a “Dogefather” in one of his tweets, expressing his support for the parody crypto coin.

Apart from this, he can use his personal riches or the big corporate companies he controls to trade crypto in enormous quantities or influence its use. Is Musk doing this merely for the sake of amusement? Or is he attempting to profit by manipulating cryptocurrency markets? It’s important to note that this isn’t illegal.

There isn’t even a gray area here. In the same manner that wine is not regulated, cryptocurrencies are not subjected to any regulation by authorities worldwide. With crypto becoming a significant component of money and banking, Musk’s love-hate relationship with it is only going to get more complicated. 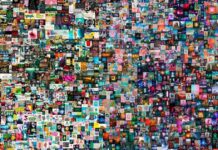 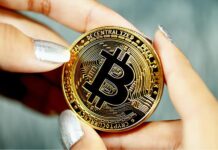 7 Signs You Are Investing in the Wrong Cryptocurrency 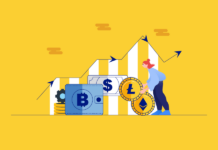