Poker has always been a very popular game. But in the last couple of years, the popularity of online apps to play the game has exploded. More and more people are discovering that, while visiting a casino and playing at a poker table is an irreplaceable experience, playing from home against people from around the world can be equally challenging and rewarding. Still, even the most enthusiastic of poker players can feel like their skills aren’t improving as previously expected. So here are a couple of creative ways to improve your online poker game.

Turn Your Office into a Poker Room

Online poker games tend to use very simple interfaces. This allows the player to focus on the game, as elaborate loading screens and avatars can be very distracting. Sadly, it also makes it harder for the games to capture the feeling of being in a casino, something that can make us forget the stakes at hand.

The fact that we can’t invite our friends for a poker night every day of the week doesn’t mean our online gaming should feel any less real. By adding things like a display, where we keep our most valuable poker chips set or our favorite set of cards, we can remind ourselves of the feeling of tossing your chips or revealing your hand, reminding us that the virtual cards and chips are actually representing real chances of winning or losing big. We can also add poker-related elements like posters from movies like Rounders (which is credited by some with starting the “poker boom”) or Casino Royale (which per DenOfGeek.com is a near-perfect Bond movie), to make us feel like we are playing a high stakes game.

Another factor people tend to disregard is lighting. By adding the proper light bulbs and lamps, we can make our office resemble a gaming area. Poker tables at casinos tend to be very well lit, so white light would be preferable. But if you want to replicate the feeling of a poker night at home, warm light and a hanging lamp might be preferable. Whatever we choose, we have to keep our eyes on the objective, which is to never fall into the trap of feeling that we are just playing an online game with no risk.

In poker, like with many skill-based activities, a higher skill level tends to lead to higher levels of focus and enjoyment. Nevertheless, there’s only so much reading books and repeated practice can do for you. In order to effectively improve your strategies, you have to follow the pros.

Phil Ivey, for example, has released a masterclass where he shares some of the secrets he learned after years of facing the best players in the world. The class is asynchronous, meaning that you will be watching pre-recorded videos instead of talking directly to Ivey. However, reviewers have praised the course for its detailed advanced tactics analysis and tips on how to pull off a convincing bluff.

Another multiple World Series of Poker Bracelet winner, Daniel Negreanu, has created a YouTube channel where he releases regular videos providing tips on how to improve your poker strategy. But probably the best content released there is his analysis of current tournaments, like the World Poker Tour. According to Poker.org, this circuit is one of the “most prominent mainstream poker brands” in the nation, and Negreanu makes it even more accessible to fans by broadcasting detailed analysis of the most important plays in a given WPT game or tournament. This is particularly important as Negreanu slowly reverse-engineers the techniques used by some of the most skilled players in the world to get ahead in the game.

Online poker is a game with a simple objective: beat the other players and make some money. However, when the game is played within a virtual world with its own story and characters, the experience can become significantly more engaging. This is because we can use our poker skills to outsmart the AI and win money to buy much-needed supplies or luxurious items that can’t be accessed by most players. And the best of these experiences are provided, of course, by triple-A games.

Red Dead Redemption and Red Dead Redemption 2 are open-world games best known as sprawling adventures; we even recognized the first here at Butterfly Labs has having one of the best stories in gaming history. Within the massive worlds and stories of these games though, the player can at any time enter a town, sit at a table, and play a friendly game of poker (and earn in-game money which can be used to get better weapons or horses). Both games are not the same though. RDR2 takes a more realistic approach and greatly reduces the amounts the player can earn. The original RDR, on the other hand, allows the player to cheat, and even turn the match into a gunfight at any point.

Red Dead Online, the game’s multiplayer version, allows users to play a game of poker by sitting at a table in one of the many saloons on the map. Once there you can enter a matchmaking process, but there’s also the option of creating a private room to play with your friends while wearing your fanciest western attire.

According to PSU.com, GTA Online playershave been able to participate in three-card poker games since the addition of the Diamond Casino to the game. This is a simplified version of poker where each player plays against the dealer and can earn an additional prize based on the hand they obtain. Three card poker, however, is slightly different in regards to hands and probability, so make sure you check the hand ranking for each variation before playing. It’s also important to consider that you need in-game money to play, which can be obtained with micro-transactions. Also, like in Red Dead Redemption, the in-game money can only be used to acquire items like vehicles and properties. These can be highly sought by experienced players, so even if you are not playing for real money, the stakes for most players are very real.

Immerse Yourself into VR Poker

There are only so many things developers can do to improve online poker apps. Some have borrowed mechanics from other role-playing games like skill trees and unlocking new areas in Governor of Pokers. Others, like Prominence and Lords of New York, have incorporated advanced AI and storytelling elements to make the experience more engaging. Some of them, as is the case with World Poker Club, have effectively implemented hand gestures similar to the ones players commonly use on real poker tables, like tapping the screen to “check” or flicking your cards to signal that you are folding.

Despite these, probably the most interesting innovation in online poker games comes from what’s usually considered a gimmick: Virtual Reality. In Pokerstars VR, players can immerse themselves in a virtual poker room, where they can interact with the avatars of other players. The capacity of the system to monitor both head and hand movements, together with some simple hand gesture mechanics incorporated into the controls, allows players to express themselves through their avatar behavior. As a result, players can point at another player, nod their heads in disappointment, and fist-pump after a long-awaited victory.

However, something poker players may have noticed is that, as long as the avatar’s movements reflect the player’s, it’s possible to read and interpret their body language. The head leaning down may indicate distress, while one always looking up may suggest high levels of engagement. The same tools can be used to track the other players into thinking you have a losing hand. VR implementation in poker games may just be starting, but as more games start incorporating it as part of their design, and efforts to create more realistic avatars continue, body language will play a crucial role in online poker matches.

Playing online poker can be challenging, but also very rewarding. We play for money, bragging rights, and also to learn. And while some games can make the experience a bit repetitive, we can always count on taking a different and more creative approach to improving our skills in this wonderful hobby. 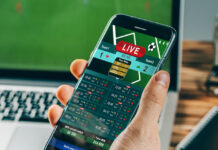 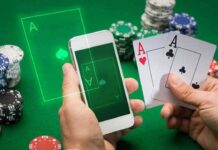 8 Tips to Make Some Side Money by Gambling Online 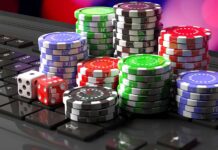 Doubts About Online Casinos Everyone Has Before Joining 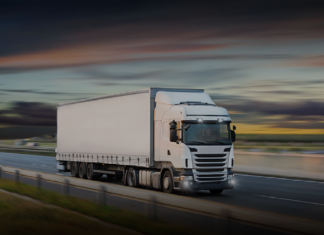 Donald Travis - May 17, 2022 0
If you are a car owner in the European Union, you might not be eligible to enter all areas as easily as you might...

7 Smart Ways to Save Money When Buying PC Games

8 Tips to Make Some Side Money by Gambling Online

May 13, 2022
© ButterflyLabs.com is a participant in the Amazon Services LLC Associates Program, an affiliate advertising program designed to provide a means for sites to earn advertising fees by advertising and linking to Amazon.com. Amazon, the Amazon logo, AmazonSupply, and the AmazonSupply logo are trademarks of Amazon.com, Inc. or its affiliates.