VPNs and Netflix go hand in hand – you can barely find an online article discussing Netflix that doesn’t mention using a VPN to unblock it.

If you were thinking of using one to bypass Netflix’s geo-blocking, you might be wondering – is it possible to use a free VPN instead of a paid one? All those articles always talk about paying for a VPN, after all.

Well, in this article, we’ll take a look at whether or not that’s a good idea.

So Can a Free VPN Unblock Netflix?

A lot of free VPNs can’t unblock Netflix at all. Some of them are able to do it, but only for a limited time – they might work during the first week of your subscription, and suddenly stop working for the rest of the first month.

Overall, you’re much more likely to see this page when you use a free VPN:

Because Netflix keeps detecting the VPN IP address you’re using. When it does that, it redirects you to the Netflix proxy error page.

The only way for a VPN to avoid this annoying error is to keep refreshing its IP addresses. That basically means the provider has to lease new IPs from the data centers they’re using, which is not cheap at all. Since the VPN is free, the provider won’t be able to regularly do that.

Paid VPNs, on the other hand, have a legitimate business model that works. So they can lease new IPs very often to continuously avoid Netflix’s detection algorithms.
tl;dr – free VPNs can’t unblock Netflix, or they can only unblock it for a short time. Paid VPNs are the way to go.

Other Reasons to Avoid Free VPNs

Besides not being able to unblock Netflix whenever you want, here’s why else you should avoid free VPNs:

How to Pick a Good Paid Netflix VPN

Okay, so you definitely need to use a paid VPN. Don’t worry, though – it’s not the end of the world. Most VPN providers offer decent pricing – especially if you pick their long-term plans. You can expect to pay somewhere around $5 per month (so $60 per year), but some providers’ subscriptions can even go as low as $2 or $3 per month ($24 or $36 per year).
But how do you make sure you pay for a VPN that’s worth it?

Well, first of all, it needs to unblock Netflix. Just because it’s a paid option doesn’t mean it can automatically do that. To find one, you should visit this website. It’s an online tool from ProPrivacy that tells you which countries a Netflix title is available in. Besides that, it also recommends the best three Netflix VPNs on the market.

On top of that, you should also check that the VPN offers unlimited bandwidth, a large network of servers (over 1,000 ideally), and user-friendly apps for the most popular platforms (iOS, Android, Windows, macOS, Linux, and smart TVs). The VPNs recommended by ProPrivacy’s tool should meet all those requirements.

I’m Getting the Netflix Proxy Error Even with a Paid VPN!

Like we just said, that can happen if you don’t pick a service that can actually unblock Netflix. Still, there are some things you can try that might help you bypass the error:

An outdated app might suffer IP leaks, or it might be using the old server IPs that were blacklisted by Netflix.

If you have any update alerts, go ahead and run them right now.

2. Restart the Connection and/or App

3. Connect to a Different Server

Maybe Netflix detected the IP of the server you’re currently using. Try switching to a different one to see if that solves the issue.

If your provider has dedicated Netflix servers, be sure to use them. Their IP addresses are probably refreshed more often.

Windows 10 users can suffer DNS leaks that expose their real IP address. That might result in your getting the proxy error, or being redirected to your country’s library. Here’s what you need to do to prevent those leaks:

6. Get a Dedicated IP Address

A dedicated IP is only used by you. So Netflix doesn’t see multiple sign-ins from the same IP address (which is indicative of VPN behavior).

So check if your provider offers dedicated IPs (residential if possible). They’ll likely cost extra, though.

Still Getting the Error?

Then it’s very likely the VPN provider just isn’t refreshing their IPs fast enough. You could try asking their support reps how often they do that, but it might unfortunately be time to switch to a different service.

Have You Ever Used a VPN for Netflix?

If you did, what was your experience like? Were you able to unblock the site all the time, or did you sometimes have to deal with the Netflix proxy error? If you did, please let us know which tips you used and if they worked. 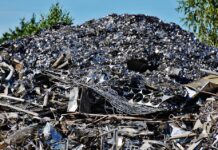 Things About Metal Recycling That Are Worth Knowing 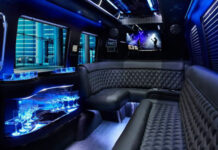 6 Reasons Why Party Buses Are Perfect for a Bachelor Party 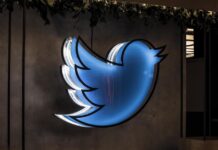 7 of the Best Twitter Accounts for Animal Lovers – 2021 Guide 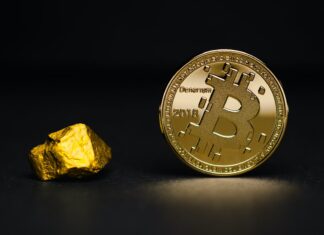 Jamie C. Earwood - January 19, 2022 0
Bitcoin's price has fluctuated dramatically since its introduction many years ago, as proponents try to establish embryonic technology as a widely used digital money. You...