Home Sport Who Are the Favorites to Win Europa League 2022-23?

Europa League is the second most popular European football competition for clubs.  It slots right between the Champions League and Conference League. While not as famous as its older brother, it still holds value among teams. It changed format in recent years, and what we have today has a lot of charm. Also, it’s because much more serious as the main prize increased. In the last few years, a team that wins it all has a direct road to the Champions League group stage. This is worth fighting for, and many teams take EL more seriously than ever before.

The team that won it most recently is Eintracht Frankfurt. The German outfit had a  great run last year which brought them CL football this season. They won the competition on the wings of Serbian superstar Filip Kostic who sells his trade at Juventus at the moment. As you can see Europa League is also a  great stage where players can display their talents and find transfers to Europe’s biggest clubs. When it comes to the history of the competition and its earlier iterations the team that is synonymous with EL is of course Spanish side Sevilla.

Both teams we mentioned in the paragraph above are currently playing in the Champions League which doesn’t make them favorites to win this league once again. But, if you know the CL rules you know that the teams that end up third in their CL groups end up in the EL elimination stage. But, considering we do not know who’s going to join, we’re only going to talk about the teams that are currently in the EL group stages. Of course, don’t be surprised if Sevilla drops to Europa League and wins it all. But, at the moment let’s talk about who are the favorites to win Europa League 2022-23.

The English side is the team favored to lift the trophy at the end of the year. They’re playing some beautiful football at the moment, and if you like to bet at home you can make them your favorites too. Unlike some previous years, even the Englishmen are taking this competition seriously this year. Mikel Arteta and his men are focused on winning a trophy this year and securing a CL spot in the process. Last year, they’ve lost a CL spot in the previous few weeks of Premier League, which is something they’ll look to avoid at all costs. With some of their best players getting minutes in the El this year, you can say that they’re quite serious about the competition. With the depth and the style of football they’re playing at the moment they’re favorites. This might change once the turn of the year comes, but we’ll talk about that when the time is due.

Another English powerhouse will try and take this trophy home. United has fallen from grace in recent years, and an EL trophy would lift their spirits. They’re the most recent English side who won it as they managed to do so under Jose Mourinho. Today, Eric Ten Hag will try to repeat that success. The sign that they’re taking this competition seriously is that even Cristiano Ronaldo is getting minutes in the EL. Man UTD has little chance of reaching the Champions League through the league competition, so they’ll be looking to do it through this competition. Also, the new coach will want fans on his side for his future endeavors, so lifting a trophy in his first year is a must. This one looks achievable, so why not? Maybe we’ll even have an all-English final considering the two favorites at the moment.

The Spanish side is not an attractive one if you don’t follow La Liga closely. If you do, you know that they’re the torn in eyes of the likes of Barcelona and Real Madrid. They’re eying a top-four domestic finish and they can go far in this competition too. They’re led by the experienced David Silva and at the moment are playing some of the best football in recent years. Considering that the Spaniards have a great history in the El, we wouldn’t be surprised if the Basque side manages to win it all this year. Yes, they have sold their best striker Alexander Isak to Newcastle but they still look dangerous up front. It’s no wonder things are like this as they pack players such as Mikel Oyarzabal, Umar Sadiq, and Takefusa Kubo at the front line.

Italians are big favorites, and there’s only one reason for this fact – Jose Mourinho. The Portuguese genius loves to compete and winning this competition with Roma would only add to his legacy. Mou won the Conference League last year, and he’s not stopping now. Roma has the quality both on the bench and on the field. Also, let’s not forget that this is Jose’s second season. We all know what this means, right? At the moment their focus is on the Seria A and the top four finish. Of course, they’re eyeing the title race. But, if they’re out of the picture by the early spring, the focus of this team could easily shift to Europe. With the likes of Dybala and Abraham, you know that this team can go far.

Another Roman side. If Roma is in the picture, Lazio should be too. The less popular side from Rome is another horse in the race. For a good reason. They’re one of the most attacking teams in Italy and Europe. Led by the likes of Sergej Milinkovic-Savic and Ciro Immobile they can put a few goals past any defense. On the bench, they have Maurizio Sarri, who found a way to gel his team, and they’re finally playing his style of football. After failing to leave a bigger mark in London and Torino, he’s more than eager to show his worth by adding and European trophy to his collection. Maybe this is his year. After all, he was not given enough time at Juventus, and his career was derailed due to outside factors. Now finally, with Lazio, he might be able to make a statement. He’s one of the reasons they’re early favorites for the EL trophy. 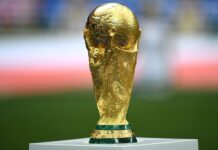 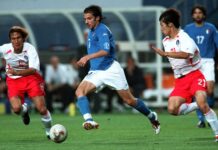 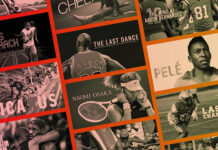 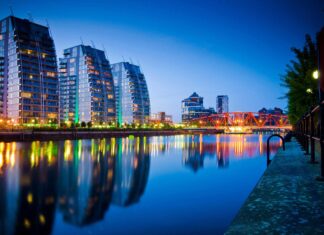