The British Queen is one of the most widely recognized people in the world. Due to her longevity, she has made a mark in the public mind, and it’s hard to imagine anyone else in the capacity of British sovereign.

Yet, there are some lesser-known facts about Queen Elizabeth II that shed a slightly different light on this compelling figure. Why does she wear pastels? Where did she learn to fix trucks? How did she even become queen despite being third in line to the throne? These are questions to which the answers are not at all self-evident.

Queen in the army 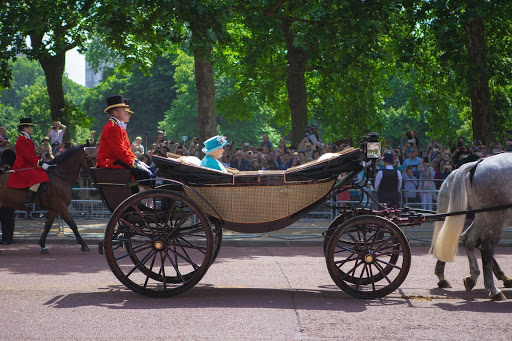 The administrative facts about Queen Elizabeth II are pretty interesting as well. She doesn’t own a passport, as this document is issued in Great Britain on behalf of the Queen. Nor does she need to have a driving license, although she did get one, since she learned to drive before she was crowned.

At about the same time, Elizabeth learned to repair trucks and completed training in mechanics. This is all because during WWII she served her practical training in the women’s branch of the British Army: Auxiliary Territorial Service.

Queen in the trenches

One of the Queen’s residences, the Windsor Castle is the world’s oldest inhabited castle. It’s over a thousand years old and while it has been destroyed more than once, it has always been restored.

In 1992, when part of the building burned down in a fire, a fundraising campaign was launched to help repair the damage. To raise the needed money, the Queen opened some of her residences to the public. Windsor Castle is also associated with some intriguing facts about Queen Elizabeth II.

As World War II broke out and Buckingham Palace was bombed, Elizabeth and her sister settled in Windsor. To help fortify the castle in case of attack, the two princesses worked digging deep trenches.

The Queen’s signature colorful outfits are no coincidence. Elizabeth II usually wears pastels noticeable from afar. This is deliberate so that she can be easily spotted even from a distance. The set consisting of a skirt, suit jacket and hat is suitable for the dignity of the sovereign, yet functional.

There are some less known facts about Queen Elizabeth II and her outfits. As a public figure, the Queen has to appear in various venues and look impeccable, regardless of the weather conditions. She needs to be able to get in and out of vehicles easily, and her attire must never be in disarray.

For this reason, the Queen’s wardrobe is specially tailored to keep wardrobe malfunctions from happening, For example, special weights are sewn into the lining of her skirts to stop them from blowing up. This way, even in strong winds the Queen’s outfit remains impeccable and neat as the court etiquette requires.

It is not common knowledge, but Princess Elizabeth could have never become queen had her family history gone differently. Elizabeth was third in the succession line. Her uncle, Edward VIII was the first. He had to step down, however, and he renounced the throne due to moral concerns.

At the time, he had an affair with Wallis Simpson. Once Edward resigned, he was replaced by his younger brother, George VI. His death came rather quickly, though, and the right to the throne passed to his daughter, Elizabeth, then still a princess. She was twenty-six at the time. Some of the facts about Queen Elizabeth II are quite surprising, as you can see.

It’s very obvious that Queen Elizabeth II is the most popular person in the United Kingdom, so if you are going to visit this country, you should know as much about her as possible. Although there are many sources telling about her life (both papers and online websites), it’s worth it to base on reliable ones to avoid any false rumors.

If you are interested in knowing more about Queen Elizabeth II, you should watch some documentaries about her or read some facts like: what are the favourite places where she likes to spend the time or what is her favourite food.

It is worth knowing that the queen focuses on a diet based on organic crops and usually eats small portions. Besides, she doesn’t like changes in her menu and stays true to the same dishes. Oatmeal and toast with jam for breakfast, grilled chicken or fish and vegetables for lunch – if you want to eat royal, nothing too difficult, right?

If we plan to visit places that the Queen loves, then our map certainly cannot miss such places as Buckingham Palace, Balmoral, Windsor Castle, Sandringham Estate, Western Isles.

Another important fact related to the queen is the matter of fashion. The Queen is very faithful to her image, which is reflected in the same hairstyle that she has been wearing for years, in dresses of a similar cut or in other details of her clothing. She likes traditional cuts, focuses on comfort, but always dresses with class.

The Queen keeps all her costumes in the archives. Her clothes are designed by British stylists. Today’s style of Queen Elizabeth II is associated primarily with colorful (sometimes even too colorful) costumes, to which she always wears hats (necessarily in the same color as the rest of the outfit) and low-heeled shoes. 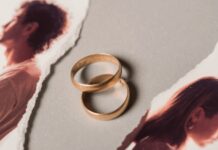