Personal finance means taking control and managing your own money. It means you have direct authority over your investments, where you store your assets, and how you use your money. By establishing your own goals and striving to meet those targets, you are taking responsibility for your own success. This process is liberating. It brings you a sense of fulfillment that will transform the way you think about finances.

Personal finance is flourishing as the cryptocurrency market. Instead of having to trust another person or system with the management of their money, cryptocurrency users can stay in complete control of their finances. This has become part of the cultural identity of this market.

Cryptocurrency users want to have fundamental control over their finances. They want to choose which cryptocurrencies will go into their portfolio, make their own investments, determine where to allocate funds, and move their money more freely with fewer arbitrary restrictions.

Since cryptocurrencies can operate independently from central banks by using encryption techniques to control the generation of currency units and verify the transfers, they have gained significant attention from the market. This poses a risk of them subverting the traditional financial systems, which is raising red flags among regulators.

Within the traditional financial market, there is a multi-billion dollar industry centered on personal asset management. Services such as Betterment and Wealthfront have found a compelling way to serve their customers and made a lot of money in the process. There are countless other companies offering online budgeting tools, platforms like Smarter Loans to help you find online loans and compare options based on interest rates, terms and reviews, tools to handle credit score issues, and so on.

The reasons behind the growing popularity of such companies are the expansion of this shift in consumers towards wanting to have more knowledge and control over their finances and be able to discern how to best invest their funds, how to keep track of where their money is going. They want to take a more active role in aligning their finances to their personal ambitions.

If cryptocurrencies were to become an asset class, their impact on the traditional financial market would probably be more gradual. That’s because we expect that their potential future success will rely largely on the unified efforts of global policymakers to strengthen the trust of consumers in these instruments. We believe that blockchain technology – the technology on which cryptocurrencies are based, and that enables the creation and transaction of the digital ledger- may be a positive disrupter on the traditional financial market. If broadly implemented, blockchain could have a lasting impact on the speed, traceability, and cost-efficiency of financial transactions.

By replacing current practices with new ones based on blockchain technology and by launching new income-generating products and services based on cryptocurrencies, the financial market might also see some significant medium to long term benefits.

Right now, the cryptocurrency market is overflowing with investors managing their own portfolios. Unlike the case for the mainstream traditional financial market, which has evolved over the years, cryptocurrency was created with the idea of personal asset management in mind. In the beginning, the concept of letting someone else manage your Bitcoin didn’t even exist. Even today, the great majority of crypto investors manage their own portfolio, and the market expands by as much as 50% each year. By 2030 it might overtake the traditional market.

It’s the fastest-growing personal finance market, and nobody seems to recognize it. This leads to there being insufficient resources and services, and since the expansion is so fast-paced, it will become even more difficult to track.

Why Should You Care?

You should care because, in the future, the greatest opportunities will no longer be in exchanges and ICO’s (Initial Coin Offering – the equivalent of IPOs or Initial Public Offering) but in the personal crypto finance management market. Since millions of investors are turning their attention towards the crypto space, they will need better tools and services to manage their crypto portfolios.

As we already mentioned, unlike in the traditional finance market, most crypto investors manage their own money. Crypto has given us a new way of thinking about personal finance and investment management, and there will be a demand for tailored personal finance solutions.

The Role of Policymakers

Cryptocurrencies have garnered different reactions from policymakers and regulators. Some have banned them, while others have accepted them as instruments of exchange. Countries such as Japan have even implemented tax-friendly legislation for cryptocurrencies. In Europe, authorities have mostly advised investors to proceed with caution when working with cryptocurrencies. If the market is to expand further, we believe that it will require more significant regulatory oversight and may fall under the responsibility of international forums like G20. Some key regulations will need to be addressed, such as how to minimize illegal activity, how to ensure consumer protection, and the issue of central bank backing.

Since cryptocurrencies have had such a short history, there has been little opportunity for marked episodes of instability. However, we can recall 2014 when the largest cryptocurrency exchange – Mt. Gox in Japan – collapsed, which resulted in losses of around $450 million. At the beginning of 2018, hackers managed to steal $530 million in digital funds from the Coincheck exchange. Right now, in 2022, the cryptocurrency market took a plunge after a significant drop in oil prices and stock sell-off. It seems this originated from Saudi Arabia dropping its official selling prices for oil after failing to reach an agreement with OPEC on production cuts. This has also contributed to rising concerns over the possibility of an oil price war.

A framework backed by policymakers and regulators could also ward off potential arbitrage and boost the adoption of this type of currency among the general public as a means of exchange rather than a speculative instrument. 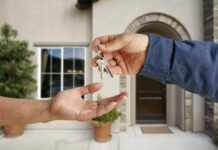 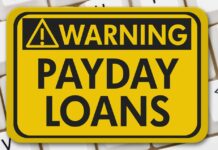 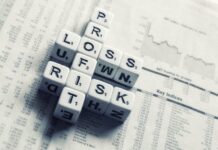 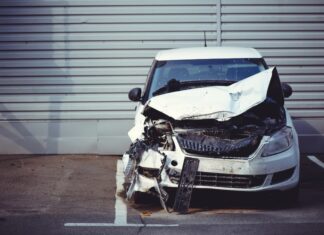