Home Law Drinking and Driving: How to Know if You’re Under Influence

We’ve all been warned since the time we could learn to drive to never drink and drive. There are horrific accidents reported day in and day out that involve a drunk driver killing innocent drivers. We all know that drinking and driving isn’t the best idea. However, what classifies as being drunk, and at what point are you still okay to drive?

A Look At The Legal Limit

Throughout the country, the federal government has set a legal blood alcohol limit, also known as a BAC for short, at .08. Through the use of a breathalyzer test, a police officer can determine if you’re over the intended limit. If you test at .08 or higher, you’re considered legally intoxicated.

It’s also worth noting that some further restrictions apply for certain drivers. Those who hold a CDL license are set to a higher standard than average drivers. Their legal limit is .02. If they blow a .02 or higher into the breathalyzer, they are considered legally intoxicated under federal laws.

How Much Does It Take To Be Over The Limit?

You may believe that a beer or two isn’t going to alter your ability to drive. However, having a clearly defined line is a necessity to ensure that you don’t get behind the wheel after you’ve been drinking too much. The reality is that each person’s tolerance to alcohol is going to be different from the next person’s. And, the number of drinks that will put one person over the limit may not put another person over the limit.

The main factors that you’ll want to take into consideration when determining what will put you over the limit include:

In general, a man can drink the same amount of alcohol as a woman and have a lower BAC. Two men can drink the same amount of drinks, and the man with a higher body weight will likely have a lower BAC. Drinking a glass of wine with 13 percent alcohol concentration is going to put you closer to the limit than a light beer with only 5 percent alcohol concentration. These are general rules of thumb that you should be aware of when determining what number of drinks puts you over the legal limit.

One of the best ways to help you determine your golden number is to look at some common examples. For most men and women who weigh less than 160 pounds, two drinks will put you just below or above the limit. For those weighing 180 or more, about three drinks will put your BAC at .08 or above.

How Does Alcohol Affect Your Driving Abilities?

Understanding the letter of the law is one thing; The reality is that any alcohol in your system can impair you, even if you cannot tell. Understanding how alcohol affects your driving abilities can help you to determine why it’s so important to call for a ride when you’ve been drinking. There are many different ways that your senses and abilities change when you’re consuming alcohol. These include:

To be a safe driver, you need the ability to react quickly to adverse situations. Whether it’s someone unexpectedly braking in front of you or a pedestrian walking out in front of your car, you need to be able to react quickly. Alcohol slows down the rate at which your brain can process information. This leads to a slower reaction time for your brain to decide what to do and send the signals to your limbs to react.

Driving requires a lot of concentration. From choosing what lane to be in to reading traffic signals, it beckons your undivided attention. When you’re drinking, alcohol decreases your ability to concentrate. Without proper concentration, you may not see that changing traffic light or that the car in front of you is switching lanes.

Alcohol can drastically reduce your hand and eye coordination. If you’ve ever seen anyone very drunk, you know that they have a hard time walking straight. Trying to drive with a lack of coordination can result in some nasty accidents.

At What Limit Is Your Driving Impaired?

The truth is that one alcoholic beverage can alter your ability to be safe behind the steering wheel. With just a .02 drinking level, you’ll start to notice a lack of concentration and an inability to multitask with ease. These are going to be subtle changes that you may not notice until you’re thrown into an emergency situation that requires you to be on the top of your game.

At .05, you’ll notice a small loss in your motor control. This will affect your balance, speech, and sight. You may notice that you’re not as smooth at performing tasks as you usually are. When you reach the legal limit of .08, you’ll notice that your coordination has significantly decreased. You’ll have issues with processing information quickly and won’t be able to reasonably judge situations.

The Legal Consequences Of Drinking And Driving

When you’re caught drinking and driving, your fun night can turn into hell. From being taken to the hospital for a formal BAC reading to being put in handcuffs, it’s not something that you want to undergo. Just when you thought that it couldn’t get any worse, you’ll soon realize that the legal consequences that follow can stick with you for years.

You can expect to face fines, court-ordered treatment, and even jail time. The specific consequences of your DUI or DWI, depending on what state you live in, will highly depend on a number of factors. These include your BAC reading, how many prior DUI or DWI offenses you have, and other relevant factors. Most first-time offenders who didn’t cause any sort of accident are ordered by the court to pay a hefty fine and undergo a court-mandated treatment program. For multi-time offenders, expect to spend some time in jail alongside those hefty fines.

If you’re ever in the situation where you’ve been charged with drinking and driving, it’s important to consult a lawyer who specializes in those cases. A DUI defense attorney like

Takakjian & Sitkoff is crucial to maneuvering these issues and reducing your sentence. Drinking and driving is extremely dangerous, and we get told so many times that many forget or underestimate its effects. But all it takes is one moment of underestimation to cause devastating repercussions. 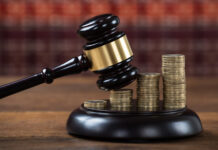 Qualities To Look For In a Title IX Defense Lawyer 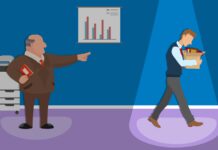 Getting Wrongfully Fired is Rough: Here are Your Options