Each of us has sometimes encountered mood changes, and that shouldn’t worry us. We are all sometimes happy and satisfied – and sometimes sad and frustrated. However, problems arise when we face mood disorders that are more than the usual oscillations that each of us feels from time to time. In these situations, we often resort to medication – or receive it as part of the prescribed therapy. Still, have you thought about solving this problem in a more natural way? Much is already known about the benefits of hemp. However, we will point you to 4 benefits of using CBD hemp flowers for mood disorders.

What Are Mood Disorders?

Mood disorders are among the most common psychological problems. According to research, they occur more often in women – due to their biological specificity. Typical of all mood disorders is an altered emotional state that affects thoughts, behaviors – and the way a person experiences other people and the world around them. In mood disorders, there is always a strong change in emotions that deviates greatly from normal and affects a person’s work and social functioning.

What Are The Most Common Mood Disorders?

If your emotions and mood have been out of control for a long time, you may be suffering from a mood disorder. There are several types of this disorder.

This disorder causes extreme mood swings, from depression – to more extreme emotional euphoria. During euphoria, excess energy occurs and thoughts are more active. We can be unusually talkative during this period. On the other hand, depressive states occur in which we suffer from a lack of energy and lethargy. These mood swings can occur only a few times a year, but also several times a week.

Depression is characterized by long periods of extreme sadness that often return. During this period, you may feel anger, frustration, and loss of interest. There may also be emptiness, hopelessness, fatigue, confusion, and insomnia, or too much sleep. People with the severe depressive disorder may also have symptoms of mania that usually occur with bipolar disorder.

Life is made up of ups and downs and depending on personality, inherited genes, and nature – some of us are more prone to negative emotions and bad moods than others. Science says that when we feel anxious, weak, sad, or depressed – our brain does not produce enough dopamine and serotonin. These chemicals in the brain encourage us to be motivated, full of desire, and ready to indulge in various pleasures. In some earlier times, it was less known that chemical processes were responsible for mental balance, but even then we knew that increasing dopamine and serotonin levels could make our lives happier. An imbalance or other abnormality in the level of these hormones causes various changes that can lead to various changes in mood.

Have you considered excluding chemicals and medications from use when suffering from mood swings? Many who deal with these problems believe that a cure for these conditions can be found in nature. In recent years, there has been a lot of talk about the healing properties of hemp – which, according to some opinions, can in a large percentage and in a natural way correct certain neurochemical imbalances. When it comes to the ratio of serotonin and dopamine – some experts believe that it is conditioned by the endocannabinoid system. This would practically mean that mood swings are directly caused by a lack of endocannabinoids in the brain.

According to Miami Rave – the good news is that this can be offset with 100% natural products such as CBD-based ones. Most of them are made of CBD hemp flower and guarantee quality. In addition, the products are made from different CBD Strains, so you can choose what suits you best. These are some of the benefits of using hemp flowers for mood disorders.

1. CBD Has A Neuroprotective Effect

This means that CBD products based on hemp flowers can act on our brains and neurons. It is in this sense that we can count on the beneficial effects of CBD on the brain. It is known that a chemical imbalance in our brain has such an effect that it can cause not only stress but also some more serious conditions such as changes in behavior.

2. It Helps With Different Mood Disorders

Depression, bipolar disorder, etc. – are often caused by a lack of hormonal balance. In the treatment of such conditions in which stress can be a trigger – CBD from hemp flowers can be used both as a medicine and as prevention. Of course, choose the oils you will use and be sure of their quality.

3. CBD Alleviates Some Other Neurological Or Psychological Conditions

Although some research is still ongoing – it is believed that CBD from hemp flowers alleviates some other neurological and psychological conditions. Namely, it is known that this component is increasingly used to help patients suffering from multiple sclerosis, but also Parkinson’s disease. On the other hand, it is also used to alleviate the process in some mental states, such as schizophrenia or bipolar disorder, etc.

Very often syndromes, even those like PMS in women, can lead to marked changes in mood. They are caused by increased secretion of hormones, so in some women (but also sometimes in men), this syndrome is expressed, which sometimes leads to certain conditions when our mood is changed several times in just one day. It happens to vary from euphoria to a depression-like state. It is in such syndromes that CBD from hemp flowers has proven to be the most effective ally.

Use Of Hemp Flower Based Products

All those who grow and sell hemp flowers, but also those who use it, know the benefits of CBD from these plants. Namely, CBD has multiple health effects in many conditions and numerous benefits for patients who use it. It is obtained from a variant of hemp from the Sativa family and is implemented in various products that can be found on the market today. If you are not sure which of this type of product would suit you best, we suggest that you find out through specialized sites where you can find information about products, user experiences, but also laboratory research that will instill additional confidence. 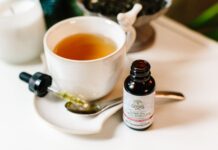 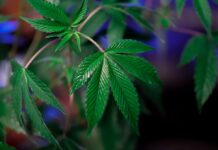 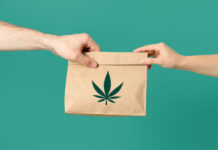 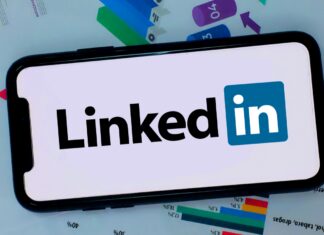