What dangers could breast augmentation create, beyond the usual risks associated with general anesthesia? Following on concerns from the 1980s that ruptured silicone gel implants may be connected to certain autoimmune conditions, more recent research suggests that certain implant styles could be linked to a rare form of cancer, known as anaplastic large cell lymphoma. And, with a growing number of manufacturers implicated in the production of such implants, it falls to women to do their research before pursuing this procedure.

Any time a person pursues an elective medical procedure, they should do a certain amount of research to ensure they’re making an informed decision. When getting breast implants, this typically includes finding a board certified plastic surgeon, reading other patient’s reviews, and speaking with the surgeon at length to ensure you feel comfortable with their practices, such as how they handle complications. One thing that shouldn’t be the patient’s responsibility when getting breast implants, however, is vetting the safety of the implants involved, yet somehow it’s come to that.

When patients take on responsibility for ensuring they’re receiving a safe implant variety, the main issue they have to contend with is the sheer variety of implants on the market. Not only are there several material options for breast implants – silicone and saline, specifically – there are also countless manufacturers. Ordinarily, all of this would be fine, since competition makes for choice and often drives up quality or drives down prices, but instead, a lack of oversight of medical devices transforms these choices into hazards.

According to KRLawFirm.com, medical devices are developed, approved, and manufactured too quickly for them to undergo proper testing, a process made possible by the FDA’s 510(k) certification process. This pathway to approval simply asks device manufacturers to submit evidence that their new product is substantially equivalent to other products already on the market. That’s a low bar for breast implant manufacturers, who are producing new iterations of an old, widely used product. It’s also a method of approval that puts patients at risk.

As noted above, certain breast implants have been linked to a rare cancer, anaplastic large cell lymphoma, but if breast implants are a popular procedure and this cancer is quite rare, how dangerous could implants really be? It’s unfortunately quite difficult to measure the precise risk involved for a number of reasons.

First, one thing we know about this breast implant-linked cancer is that it typically takes 7 to 10 years after implantation to emerge. In general, patients are taught to be on the lookout for side effects in the weeks and months following use, not many years later. So, although it is certainly possible for a medical device to cause serious problems at a lengthy remove – we’ve seen this before in cases of metallosis in patients who have undergone joint replacements – it may not be the first avenue patients and their doctors pursue as they attempt to address the problem.

Another challenge facing patients who are concerned about the safety of their breast implants is that there are a lot of misconceptions about which products are dangerous and under what circumstances. For example, some believe that implants are only a concern if the implants have ruptured; some insurance companies have actually refused to cover replacement or removals for women with dangerous implant models if they haven’t ruptured. Additionally, only Allergan’s textured implants were initially recalled, leading many to believe these were the only dangerous implants, but since then other companies’ products have also been implicated in cancer cases.

While anaplastic large cell lymphoma is considered the primary cause for concern among women with breast implants, it isn’t the only one. Rather, the same textured implants that have set off alarms in this regard have also been linked to an increased risk of recurrence in breast cancer patients who use the implants for reconstructive surgery. Studies of such patients have shown a much worse “disease free survival” rate among women with textured implants than those with smooth implants, offering yet another reason to not only recall but remove all such implants.

Whether they’re concerned about developing anaplastic large cell lymphoma, breast cancer recurrence, or the chronic pain and immune issues sometimes referred to as breast implant illness, the risks associated with breast implants has created a movement of women known as explanters. As the name implies, these are women who have opted to get their breast implants removed out of concern that they could cause illness down the road or because they suspected that the implants were causing their current symptoms. These women are leaders within a community of women seeking answers regarding their ill health or who want clarity about issues their doctors haven’t addressed.

In addition to supporting other women who have concerns about their health, explanters are major forces in the movement for patient restitution via lawsuits and for reform of the medical device approval process. Though the 510(k) pathway has fallen under scrutiny by patients in the past, explanters hope to keep pressure on the FDA and force closer examination of new medical devices, no matter how similar they are to existing products.

Given that breast implants, specifically silicone implants, which returned to the market in the 2000s, have been in the hot seat before for their potential hazards, their return to the spotlight is doubly concerning. Women need to discuss implant options with their doctors much more thoroughly, while also doing their own research to ensure that there are no significant health concerns associated with their choice of product. It shouldn’t be this way, of course – this is what the FDA is for – but patients must contend with the existing system and ours requires that they act as self-advocates. 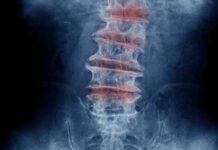 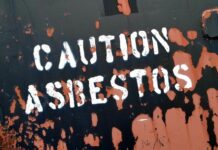 10 Asbestos-Related Problems You Should Know About 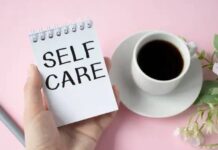