Nothing beats the feeling of using a great mouse to scroll and move around on your desktop, even with the rise of laptops and tablets recently, which of course, try to move away from mice. It doesn’t matter which operating system you use, be it Windows 10 or macOS, a touchscreen or trackpad just doesn’t do it, they don’t have the functionality or comfort of using a mouse. The biggest difference is that a mouse isn’t limited to a small space on your laptop like a trackpad is and the accuracy can’t even compare.

Buying one of the best mice on the market will in comparison make your former mouse look like something from the stone age. But you can’t just buy any mouse out there, there a couple of things you should consider, first being what kind of mouse you want, a wired or a Bluetooth one. Another thing to consider is whether you want a gaming mouse or you want one that is going to help you be more productive.

All in all, in the end, it doesn’t matter which one you’re looking for because a great mouse will enhance your entire computing experience. Each mouse on this list we have compiled has some of the most important and best features that you can only find on the best peripherals. Now let’s take a look at the list and learn something about each mouse.

It has 7 buttons and is meant for right-handed people. The Bluetooth frequency is at 2.4GHz and it runs at 4,000 DPI. On the plus side, it has very customizable buttons and incredible tracking but it is not ambidextrous.

The Logitech MX Master 2S certainly doesn’t go for a low price, but if you want the best you better be ready to pay at least this much. This is definitely the best mouse you can buy in 2019 if you’re looking for a mouse for productivity and creative tasks, that is. When you look at this price point you’re most likely going to find a lot of gaming mice meant for gamers and alike, they usually have over the top designs and a lot of customizable buttons, but this mouse is productivity itself. Believe us when we tell you that you need this wireless mouse for your daily life at the office. It will make your life easier and make not want to go back to your old one. 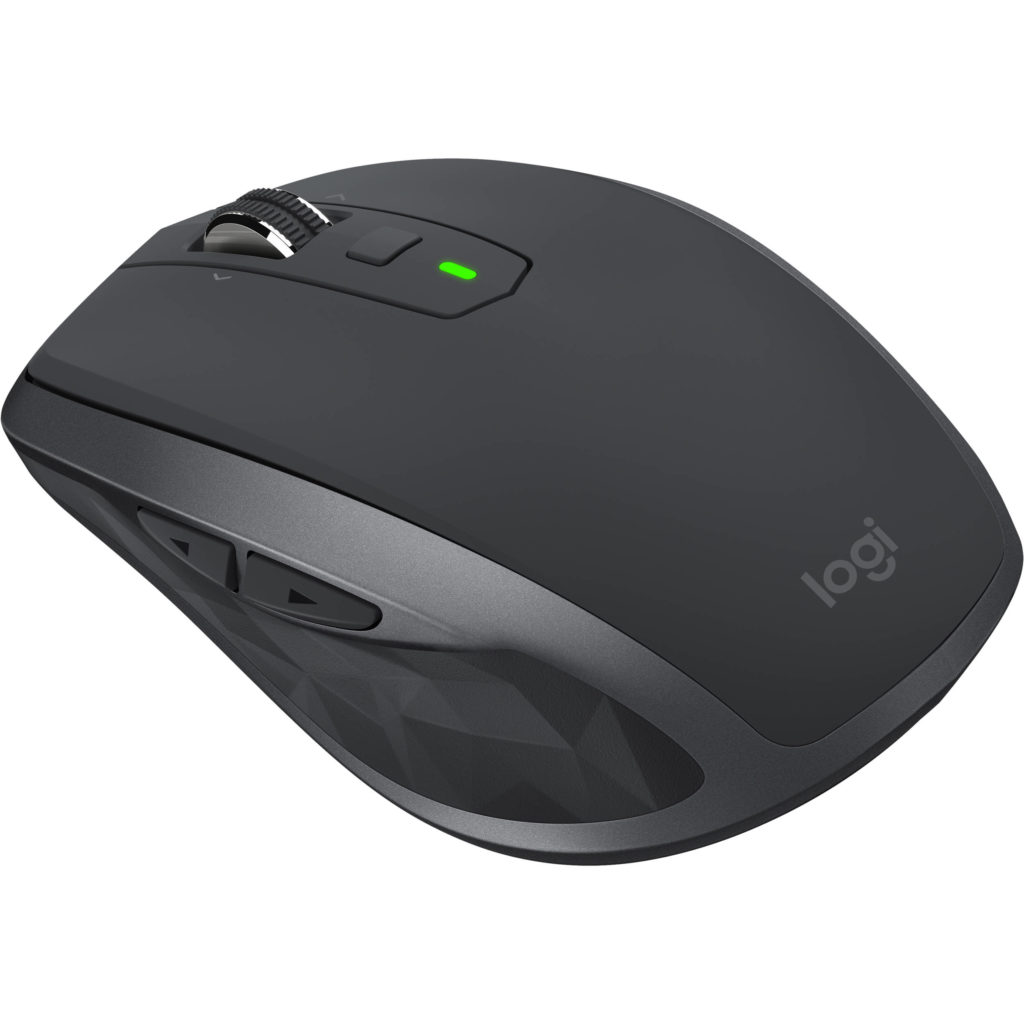 Just like the last one this mouse also has 7 buttons and is meant for right-handed people. It runs at 200 to 4,000 DPI. On the plus side, this mouse has multi-computer control and is very travel-friendly because of its extremely quick charging. But all of those features come at a cost and another thing you have to watch out for is that it’s not really meant for people with big hands.

This is a much better version of the Logitech MX Anywhere 2, but due to its compact size people easily underestimate it, which you definitely should not do. If you give it a chance it will show you how powerful, accurate and comfortable it is. This mouse is productivity personified, but a big upside it has that it offers productivity on the go with its many features. It makes work fun and simple and enables you to seamlessly switch between computers and you will get to use it for a full day after only 3 minutes of charging.

Unlike the last two, this mouse has zero buttons. Its DPI is 1300 but it also meant for both left and right-handed people. Another big plus is that it looks fantastic and its multi-touch feature is very cleverly implemented. The negative sides of it are its price and that it is pretty uncomfortable, but that is pretty subjective.

While Apple is mostly known for its very expensive phones and PC machines like the new Mac Pro 2019, they also make crafty little machines like this, a very strange but effective mouse. And yes you read that right, the mouse does not have any buttons, but is actually completely controlled by gestures, which gives it the benefits of a trackpad but the comfort and precision of a mouse.

This mouse has 6 buttons and has a DPI of 4,000. It is meant for right-handed people. When you look at this mouse the first thing you notice is the design which makes for a very comfortable grip on the mouse. Another amazing thing about it is that it has a 4-month battery life but it also comes at a cost.

Now if comfort is something that’s very important for you when it comes to mice then this ergonomic mouse is just for you. This mouse is an amazing example of what mice like these are capable of. Just like its name suggests it is a vertical mouse, but it feels much more natural when it is in your hand than you would think. Holding a mouse like that helps reduce the stress your wrist and hand muscles suffer. It even has a button at the top which lets you swap between different computers to make your work even more simple.

This Logitech mouse has 8 buttons and is meant for right-handed people. It has a DPI ranging from 512 to 2048. On the positive side, it has a very comfortable design that makes work more simple and a very accurate trackball but there isn’t left-handed versions and the tilt options are limited.

This is only the third trackball mouse Logitech has released since 2008 and the MX Ergo Wireless really stands out in the industry that mostly populated by optical laser mice. It has a very nostalgic effect on people who haven’t quite moved on to trackpads and another modern tech. This mouse has the option of being used at a 20-degree angle while laying flat on the table.