Home Car The Benefits of Buying a Crossover Vehicle

Some people are a bit confused about what’s a crossover. To be clear, a crossover is like a less powerful type of SUV but offers more space and a higher cabin height when compared to a sedan. You can say it’s a middle ground between a traditional sedan and an SUV.

If you want to know the answers to these questions, then read on because that’s what this article is going to focus on.

Initially, crossovers became prominent because they were substantially more affordable than SUVs, despite their striking resemblance. Aesthetic considerations mostly inspired the design of the initial iterations of the current generation of crossovers, and several of these automobiles have been on the market for more than ten years.

Take, for instance, the nippy little Honda CR-V, which was already a best-selling SUV long before the name “crossover” was even conceived. Honda has consistently remained one step ahead of the curve and regularly revises the appearance of its product selection. Hence, it should be no surprise that the said CR-V maintains a spot in the top five in a customer study.

Subaru and Toyota were also ahead of the curve when it came to designing vehicles that were accessible, comfortable, and looked like cars, but they took stylistic influences from larger, more heavy-duty competitors. Other examples of long-running small SUVs are the Toyota RAV-4 and the new Skoda Kamiq. These vehicles helped establish the market by providing sport utility capabilities minus the full-size baggage associated with crossovers.

Many automobile buyers choose between crossovers mainly on appearances rather than mechanical standards, since crossovers are so actively marketed based on design.

There are often two methods to entice a potential purchase because of how crossovers are perceived. Either market the features as an improvement over a sedan or wagon. Or, position the vehicle as a socially acceptable step down compared to a Luxury or full-size SUV. In either circumstance, the crossover’s stylistic cues are advantageous.

Certain automakers are doing experimentation with the crossover sector. For example, the shifting dynamics of the segment are demonstrated by the Mini Countryman 2011. The Countryman has many flairs packed into a tiny space while being somewhat larger than a standard Mini Cooper but noticeably smaller compared to some of the crossovers it competes with. It has the classic Mini cheekiness, but it is somewhat more rugged than usual, and it features the all-wheel-drive option that Mini has ever offered. Despite this, the Countryman delivers the same fun-to-drive characteristics as the original Mini Cooper.

Another outlier is the Suzuki SX-4. Even though it is filled with sport utility equipment and an attitude, it is easy to mistake the Suzuki SX-4 for a petite hatchback due to its diminutive size and the fact that it is one of the smallest vehicles in its class.

Strong sales of crossover vehicles are anticipated to continue as long as manufacturers continue to improve upon previous models and add more alluring features to more recent ones.

Many of the advantages that come with full-size SUVs are offered by crossovers, but with fewer drawbacks. Many cannot pull a boat or trailer, and the rough off-road appearances are only a facet of the style. But when the cost of petrol continued to rise, it seemed that many folks realized that they didn’t require such things.

However, many hesitated to give up the spacious cabins, more open sitting and cargo sections, easily accessible all-wheel drive, and elevated cabin views. As a result, the crossovers worked well in that middle ground.

In addition to delivering car-like comfort and certain SUV-like functions, the unibody structure enables automakers to build cabins with more internal room. Even though they have a more compact exterior, the interiors of crossovers are capable of carrying more people and goods than their truck-frame-based rivals.

Giving up some amenities results in a lighter vehicle, and a design that is more lightweight results in greater fuel efficiency than that of full-size SUVs and minivans. And, because the competition in the crossover market is so intense, car manufacturers are pushing hard to score bragging points in whatever way imaginable.

Since SUVs began offering a capacity for seven or more passengers, the market for minivans has all but vanished. Some manufacturers have stopped making minivans in favor of concentrating their efforts on developing newer models that provide the brand with a fresh appearance.

In an effort not to beat around the bush – the public’s perception of a brand is essential, and minivans have an outdated appearance.

The primary advantage of a minivan was the availability of many comfortable seats that could be arranged in a horizontal position to make room for goods. The question is, why keep an archaic vehicle around when the same experience can be had in a car that is more fuel-efficient, less costly, and has a nicer appearance?

In automobiles with spacious second rows, adult passengers in the third row will likely feel like they are sitting in the middle of a crowded airliner behind the somewhat more spacious exit row. In many implementations, the third-row seating is inaccessible until the second row is first flipped over or folded down. However, some crossovers add an aisle to the second row, increasing interior versatility.

Some automakers have gone even further, developing movable second-row seats for simpler access.

However, although it might be somewhat inconvenient, crossover families consider third-row seating essential. Some analysts in the automotive industry believe that the availability of third-row seating is perhaps the primary reason behind the continuous expansion of the crossover market category.

Wrapping It All Up

So that’s it for now. Of course, there are a lot more benefits of owning a crossover, like having more options and being more maneuverable compared to full-sized SUVs. This article only focuses on a few of the major ones that may significantly impact your decision-making. 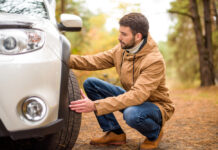 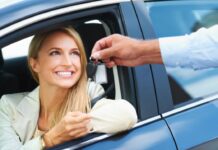 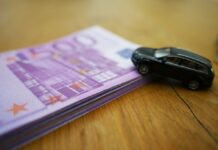 Buying A Car Begins with Knowledge About the Product 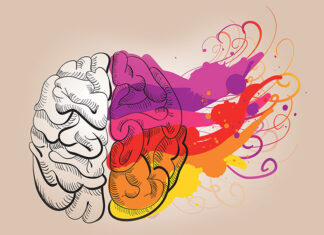