Couples usually take time before getting engaged. Some have even been together for several years but are yet to get married. Others decide against marrying, but they stay together. As long as you love each other, it may not matter whether you get married or not. However, if you value marriage and want to tie the knot, you should win her over.

Are you ready to ask her?

Before you decide to pop the question, you should ask yourself first if you’re ready for it. Remember that if your girlfriend says yes, it would be a lifetime commitment. You don’t want to turn around and end your relationship because you realized that you’re not perfect for each other.

Take your time to assess your emotions. Imagine your life without her and see if it’s something you’re okay with. If not, it’s time to consider asking her hand in marriage.

What if you always fight?

While there are different factors to consider before asking the question, you need to have a holistic view. You can’t dismiss your plans because there’s one box you didn’t check. It’s understandable to have standards, but you need to decide based on the overall picture.

If you always end up fighting, it might be a dealbreaker. Before you say that you can’t pursue your plans, you should realize that differences are normal. Couples disagree all the time. It doesn’t mean they’re not perfect for each other.

Just because you argue about things doesn’t mean you’re incompatible. The truth is that there’s something wrong if you don’t argue at all. You’re two different people, and you can’t be in sync all the time. Having no disagreement shows that you’re too afraid to disagree or you’re not in an honest relationship.

You can always patch things up

When you fight over certain things, you can still patch things up. There’s an opportunity to discuss ways to solve the same problems should you encounter them. You can also talk about what happened and what went wrong. It’s not about blaming each other but deciding how to move forward with your relationship.

You can also learn from the past. You already know what offends or enrages the other, and you will be more careful next time. You will try your best not to end up fighting over the same issue again.

You should fight now

It’s even better if you keep fighting now since it allows you to know each other better. You would rather discover these terrible sides while you still have a chance to back out. It’s worse when you already decided to tie the knot and see the bad quality you can never stand.

You can either live with that attitude or try your best to change it. It’s also a two-way street. Your partner should also see your real side to determine if that’s something she can stand.

You will come out stronger

When you go through a rough time as a couple, it will strengthen your relationship. Once you survive these challenges, you will feel better about each other. You will also think that if you encounter difficult situations in the future, you can get through them. As long as it’s not a dealbreaker like cheating, you can forgive the action and move on.

It’s time to ask the question

Now that you realize that your differences shouldn’t matter in your decision to ask her hand in marriage, you have to pursue your plans. You can’t let anything stop you. If you feel confident with what you feel for her, you will accept these differences. Start by looking for the perfect place where you will pop the question.

It’s even better if you find a meaningful location. You can start by reminiscing the past and discussing what you want to do with your relationship as you move forward. Once you already reached that point, it’s time to bend on your knees and ask her. Of course, you can’t forget to give her the best engagement ring. She deserves it. You want one that matches her personality.

It doesn’t matter if you spend a bit more on the ring. If it’s perfect for her, you have to buy it. You can find quality diamond rings at Willyou.net if you don’t have time to look for choices in local stores. Selecting the best ring online doesn’t take much time and effort if you know her personality well. Going online also simplifies the process.

Prepare for your future together

Once she says yes, it’s time to celebrate. You can also invite the people who have been a part of your journey. Say thank you to them and invite them to an engagement party. You can also visit your family members to inform them about the impending marriage. They will appreciate the gesture. You also have to start saving money. Getting married can be expensive. You also have to start your life together.

Of course, there’s no need to rush the wedding. If you want to take your time before tying the knot, you should do it. Besides, that’s what engagements are for. You decide to take the relationship a step higher so you can get to know each other better. You also have the chance to turn around if you don’t like being with each other. Again, it’s easier when you are yet to get married. Hopefully, things will stay the same, and you won’t fall out of love. It will even make your love stronger.

Relationships require hard work and effort. You can’t rely on how you feel for each other now. Things can change quickly. Make it a habit to surprise your partner in a positive way. Try harder to understand each other. If you have disagreements, talk things out. You can’t give up because of one mistake or a minor problem. You will eventually become more mature as a couple and even be ready to become parents. 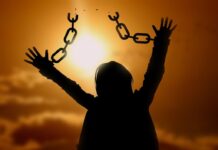 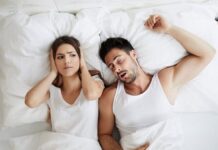 How to Sleep When Your Partner Is Snoring – 2021 Guide