Anthony Scaramucci is an American Businessman, financier author, and political advisor. In 2017 he served briefly at the white house as the communications director from July 21 to July 31. The Mooch as he has been nicknamed has an estimated net worth of $200 million.

He credits his grandmother and parents for his strict work ethic. He was brought up in a modest home. His Grandmother worked as a maid, his father worked at Gotham sand and stone while his mother was a housewife.

His first Employment after graduating in 1989 was at Goldman Sachs where he was fired after a short while. Later he was hired back and he worked so hard rising to the position of the bank’s vice president before resigning in 1996. He held several positions in various departments including Equities, Private Wealth Management, and Investment Banking. He moved on to cofound Oscar Capital Management Company which was later sold to Lehman Brothers though he continued to serve as the company’s Managing Director of the Investment Management division.

Anthony Scaramucci was born on January 6, 1964, in Long Island, New York. He studied at Tufts University where he completed his Bachelor’s degree in economics then proceeded to Harvard Law School

The Skybridge Capital is a global investment alternative company Scaramucci founded the Skybridge capital company in 2005 and served as its chairman for over 10 years. He later decided to sell some of its stock to RON Transatlantic EG and HNA Capital (U.S.) Holding. Reliable sources have revealed that the deal was valued at from $200 to $230 million. Mooch is loosely referred to as a hedge fund guy or a financier. His company, SkyBridge Capital, per se is not an investment firm.

What the company does is market what is referred to as “funds of funds” — pools of money that are then invested in various different hedge funds. No actual management of an investment fund is involved. Actually Scaramucci only acts as the gatekeeper to an exclusive club. A good number of hedge fund managers only want to deal with clients who can invest a lot of money-the hyper-rich individuals. Skybridge is the solution for these guys. Skybridge creates portfolios of hedge-fund investments. The first of its kind to target investors who have incomes of over $200,000 annual income or $1 million in net worth.

He received the Ernst & Young Entrepreneur of the year award for the financial services category in 2011.

The Mooch has invested vastly in the real estate. He recently listed his Water Mill Estate for $9.8 million. He and his wife Deidre Ball bought the house in 2017 for $8.2 million. They changed their minds and removed the property from listing. The couple has another property at Hampton which they had listed for $4 million and later also revoked the listing.

This property sits on 8,300 square feet has eight bedrooms and 8 bathrooms the master suite is on the second floor, with a private balcony and two en-suite bathrooms all very neutral, which is somewhat odd for the kind of person he is known to be. The Mooch was nicknamed “Gucci Scaramucci” by former US President George W. Bush because of his flashy sartorial choices. It has a two-car garage outside, a heated gunite pool, a spa, and a pool house. The property is located at 30 Lawrence Court. It was to be sold fully furnished which could be the main reason for the price hike.

The Mooch has written books a number of books that he has sold for millions of dollars.  He speaks at the annual meetings for the World Economic Forum in Switzerland. He often features on CNBC.

Hoping over the rabbit hole (October 2016)-Inside which he documents the rise fall and the resurgence of Skybridge Company. It captures his mind as an entrepreneur. He gives an insight into how to thrive in an unpredictable business environment.

Trump the Blue-Collar President (Oct 2018)-The book is basically a memoir about Scaramucci’s experience with President Donald Trump. Inside is the story of how President Donald J. Trump, a proclaimed billionaire living on Fifth Avenue, according to the publisher, identified the struggle of blue-collar Americans and won the Presidency. So far the book has sold over 5 million copies 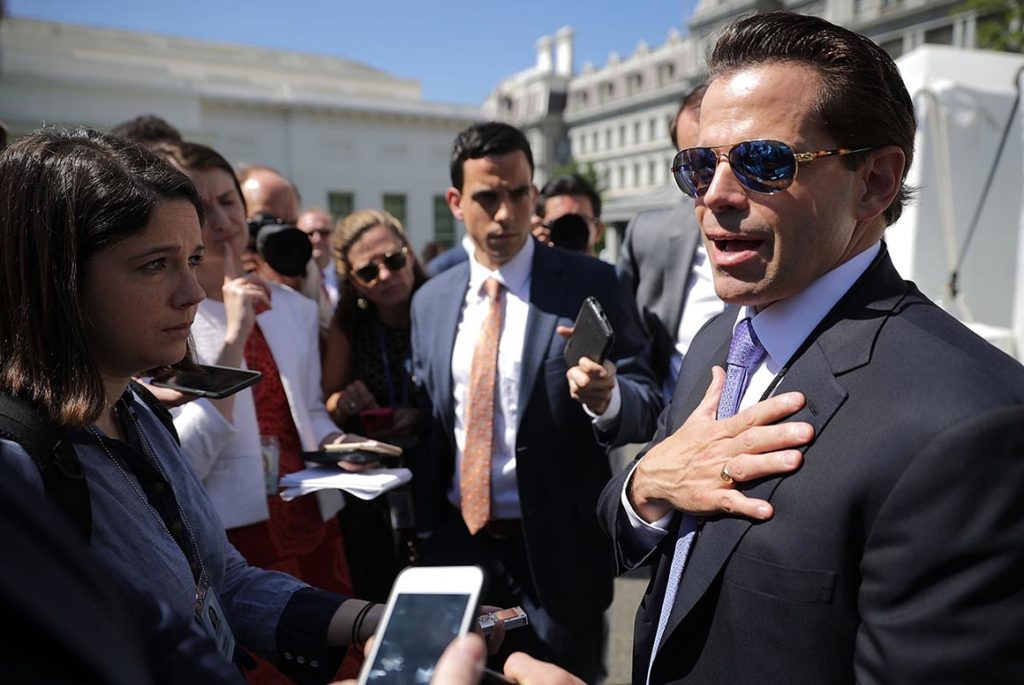 Most of Scaramucci’s wealth comes from being a politician. Before the 2012 America’s election period, Scaramucci was not well known in the political world as much as he was known in the business press.

He joined the political limelight at the period and became the national finance co-chair for Mitt Romney’s Presidential campaign. Romney lost the presidential bid, but Mooch still had the politics bug. In May 2016 he joined Steve Mnuchin as a rare Wall Street bundler for President Trump. During that time, most GOP donor types did not have any interest in Trump because he seemed like he was obviously going to lose the election. Surprisingly and to the shock of many, Trump won the elections and as his reward for loyalty, Mnuchin was given the job of the Treasury Secretary.

Scaramucci was among the people in the team of Trump’s executive committee for transition and was set to become part of the white house staff as an adviser and public liaison to government agencies and businesses. This offer failed due to a financial conflict of interest. He settled for a job at the Obscure Export-Import Bank.

Scaramucci served as a host of the financial television show Wall Street Week in 2013. He founded the Hunt & Fish Club, steakhouse and seafood restaurant in Midtown Manhattan in 2015 together with two friends. He is the vice-chair of the Kennedy Centre Corporate Fund Board and a trustee of the United States Olympic & Paralympics Foundation. 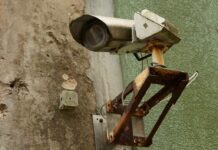 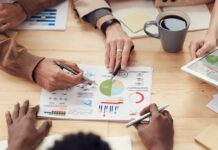 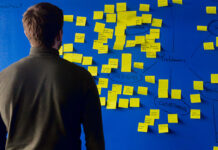