Due to the fame Bitcoin holds, many aren’t really aware of the variety of other cryptocurrencies that exist in the world of cryptocurrencies which could actually benefit them in the long run. The reason behind this may be due to the fact that Bitcoin has been performing extremely well over the past few years and seems like a safer option holistically.

However, on taking a look at the industry, uncertainty and volatility are the main characteristic features of this industry. Hence, looking into other potential cryptocurrencies may actually benefit the investor in the long run considering how fast scenarios are changing in the market.

On that note, let us take a look at 10 other alternatives to Bitcoin that an investor must know about in 2022.

Ripple is a cryptocurrency that does not need to be mined nor does it involve big financial institutions such as banks. The currency XRP is dealt with by Ripple themselves who monitor the transactions as well as the interactions carefully.

The currency is issued by Ripple themself which may pose to be both an advantage as well as a threat to the investors. Ripple is known to be safe for quite a while now until recently where they faced some discrepancies. To top it all off, it is a low-cost investment as of now and is the perfect cryptocurrency investment that would help diversify one’s portfolio.

Ethereum is quite the twin of Bitcoin but differs slightly with regard to certain aspects. One feature that Ethereum is famous for is its “Smart contract” system that it operates with. This network that it uses is public and users can buy and sell the currency with great ease.

With regard to its stability as well as price, it is quite a safe option considering the number of cryptocurrencies in the industry increasing. Over the past year, Ethereum has been performing extremely well, even beating Bitcoin at its own game.

One key feature that everyone states every time Litecoin is mentioned, is its fast speed. The speed at which it conducts transactions is 4 times the speed Bitcoin undertakes them in. Moreover, the stock of Litecoin as compared to Bitcoin is higher as well. Litecoin is estimated to have 84 million coins while Bitcoin is said to have just 21 million.

Litecoin has been doing extremely well over the past year but the volatility of the market can change its progress at any time. If you are looking for a trading platform click here so as to obtain a safe as well as secure network you can trust your currencies with.

Monero is one cryptocurrency that is known for how difficult it is to trace. Monero doesn’t share personal details such as online addresses publicly. Many have called it a black market currency for this very reason.

On taking a look at its price, Monero has grown almost fivefold in just a span of a year which is pretty impressive. Though its stability and security have been questioned a few times, it has covered up its flaws and worked to make itself better.

TRON is a cryptocurrency that started off as a part of Ethereum following which it separated itself from Ethereum. TRON was developed in Singapore and has some huge international collaborations with Samsung. They deal with all the cryptocurrencies that are being used in China. It has an excellent market capitalization of a huge value of $8.6 million dollars, making it one of the top 20 cryptocurrencies to invest in.

The unique feature held by Cardano is that it was developed by a group of international engineers and academics. With regard to price performance, Cardano has been getting some heavy recognition worldwide. To further add to the advantages of Cardano, it comes at a low price, making it an investor’s favorite cryptocurrency to add to their portfolio for the purpose of diversification.

Dogecoin was a penny stock whose main purpose was to escape the high banking fees that are traditionally charged. This system currently accepts payments online without having any major impact on the physical economy. Dogecoin came into existence 7 years ago. Professional investors have mixed opinions on this currency even though it was busy making headlines for quite a while.

Investors have stated two main reasons why BNB is one really investing in. One reason is market capitalization. It has generated 47 million dollars and is still growing exponentially. The second reason is its price performance which increased 25 times its price in just a span of 1 year.

Tether falls in the category of stablecoins that was launched in 2014. Tether, like some other big cryptocurrencies, is an expert at handling price fluctuations. Due to this very reason, investors who are cautious due to the volatility that they may experience, tend to get attracted to Tether. Reducing the complexity in utilizing digital platforms for transactions as well as reducing the repercussions of volatility is what Tether does best and which is why one must include it as a part of their portfolio.

Polkadot is known for its interoperability feature. In other words, a protocol between permission-less and permissioned blockchains is established to ease the functionality of systems working at one spot. Polkadot also comes with the feature of the developer having the permission to create his or her own blockchain while simultaneously making use of Polkadot’s chain. 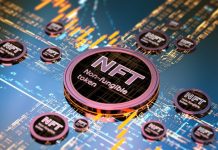 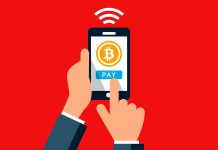