Home Travel 10 Best Under the Radar Travel Destinations for 2020

There are many attractive and popular destinations around the world, and millions of people are going there on their vacations. There are many exotic and exclusive destinations like Dubai, Hawaii, Azure Beach, Maldives, and many others. However, some of these trips can cost a real fortune, and it is not affordable for many people to go there every year.

On the other side, the world is full of amazing places, and many of them are not known or attractive because of lower infrastructure or some other reasons. Nonetheless, if you love traveling and seeing new countries with all their beauties, there are plenty of amazing countries that have so much to offer, and some of them are still waiting to be discovered by masses and gain their deserved popularity.

While many destinations are struggling with too many tourists, you can go to a place that is still under the radar, and enjoy something new. If you are interested in some destinations that are marked as Under the Radar, with fewer tourists, you should check touristsecrets.com. Here are some of the most fascinating, but not so well-known places, that you should visit in 2020.

Dakhla has only around 100,000 visitors per year, which means that there is no crowd at any moment, and you could truly enjoy the beauty of this community isolated in the desert of Sahara. The biggest attractions of this place are White Sand Dune, which represents an inland dune by the side of a lake. Also, you should try some traditional seafood, or go off-road quad riding through the desert where you can see a lot of small lakes with salty and freshwater.

Moldova is one of the countries that were part of the Soviet Union, and she is located in Eastern Europe, between Romania and Ukraine. The biggest attraction in this country is their wineries, which are considered to be one of the best in the world. Wine tourism is most presented in Moldavia, but there are also many natural beauties and monuments, like a monastery from the 14th century, the Orheiul Vechi, which is under the UNESCO heritage. You should also visit Transnistria, which is a separate part of the country that wants to split from Moldavia and reunite with Russia.

The Gambia is a country in western Africa and represents the smallest country on this continent. It doesn’t have developed infrastructure like other countries around her, which led to poor tourism with only around 500,000 people visiting this country per year. However, there are some amazing places that you could see here, such as Wassu Stone Circle, better known as West Africa`s Stonehenge, which is under the protection of UNESCO. Furthermore, you can go on a safari, watch the architecture from the colonial times, when this country was under the rule of France, or go on a hiking tour.

These islands are part of British Columbia in Canada. The archipelago with more than 150 islands is home to native Americans Haida, and there is a more popular term for Haida Gwaii, the Galapagos of the North because you can see rich and diverse nature, animals and various plants here. Here you can enjoy the amazing view of the open sea, or walk through the protected rainforest, wetlands, and more than 200 kilometers of beach. Another attraction here is whales and orcas, and there are many boat tours that sail around these islands.

This location is near the North Pole, and it represents a tundra island with around 50,000 people who live here. This island belongs to Denmark, and they have built an infrastructure that could provide tourists with a room, usually, there are many small houses that you could rent. The biggest part of the community in Greenland lives from fishing and trading with fish, and you could get on some tour with them.

While other parts of Cambodia have decent tourism, and a noticeable increase in popularity, southern parts of this country are not so popular worldwide. On the other side, for people who want to visit an exotic destination without the masses of other people, this would be the perfect place for them. Some of the greatest attractions are Elephant Valley, where you could observe elephants in their natural habitat, or Preah Vihear, which is a Hindu temple from the 11th century.

Tajikistan is another country in this list that was part of the Soviet Union, and it is currently working on the rise of their tourism and popularity in the world since they have so much to show and attract visitors. One of the most beautiful places in Tajikistan is the Yashilkul lake in the Pamir mountain. We also have to mention the Hisor Fort of Dushanbe, the 3,000 years old monument.

Sulawesi is the least known and popular part of Indonesia, and many visitors said that it is similar to Bali. Since Indonesia have more than 17,000 islands, it is natural that there is no modern infrastructure on each one of them.  Sulawesi would provide you with an amazing experience, there are many forests of bamboo, and monuments from the natives. One of the most attractive monuments is the Torajan burial site.

This country represents a real gem when it comes to the unknown and under the radar. Northern Sudan is a place where you can visit the Pyramids of Meroe, the place with more than 200 pyramids which is more than you can see in Egypt. These pyramids were made during the rule of the Nubian kings and Kush dynasty. Another attractive place is the Hos El Dalan volcano.

Nicaragua is the best known for its volcanoes and lakes, and here you can enjoy the amazing view of uninhabited nature, islands, beaches, and rainforests. The oldest cities are Leon and Granada, with architecture from the colonial times. You can also watch an active volcano on the Cerro Negro island, or observe sea turtles in San Juan del Sur. 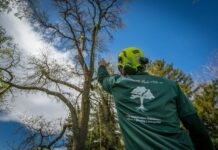 The Difference Between Crown Reduction and Tree Topping 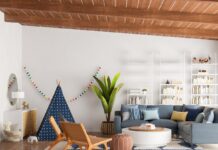 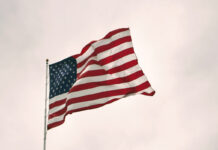 Legal Requirements for Working Abroad in the USA

The Top 10 Best Job Markets for Teaching English in 2020 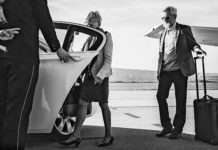 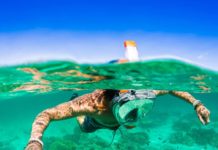